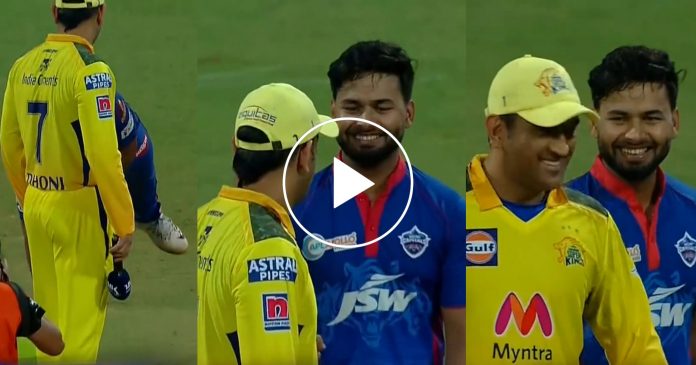 The second match of the Indian Premier League is about, to begin in few moments. Delhi Capitals and Chennai Super Kings will, face off each other. Delhi are, led by their new captain Rishabh Pant. He, became the captain only due to the fact that, regular captain Shreyas Iyer got injured days before, the IPL started in the India-England, limited overs series.

Chennai Super Kings meanwhile, are being captained by their regular captain, Mahendra Singh Dhoni. The former Indian captain, is leading Chennai Super Kings for 12th year running. Under him, Chennai has seen massive success. They, reached the finals seven times and won four titles, including three IPLs and a solitary champions league, which is now defunct.

Both the teams have brought, new recruits in comparison to last year. Chennai have included Moeen Ali, while Delhi has included Steven Smith. Both the players are expected to play, key roles for their teams. Chennai will, specially look to improve on their previous year performances where, they finished at the seventh position.

This incident became viral, on social media as fans shared, the incident with the same claims. The claims that Rishabh Pant, was touching MS Dhoni’s feet out of sheer respect and adulation. However, it was a false narrative but, still funny.

Everyone knows that Pant considers MS Dhoni, as his idol. Since, both of them are wicket keepers and big hitters, it can be said that Pant is in the same mould that of Dhoni. After Pant won the toss, Rishabh said that it is good to haven first outing with “Mahi bhai”. He, was quite sheepish while saying that.

It will be fun to watch the battle, between the retired Indian wicket keeper and the new wicket keeper who is, expected to hold the baton of finisher, for Indian team.