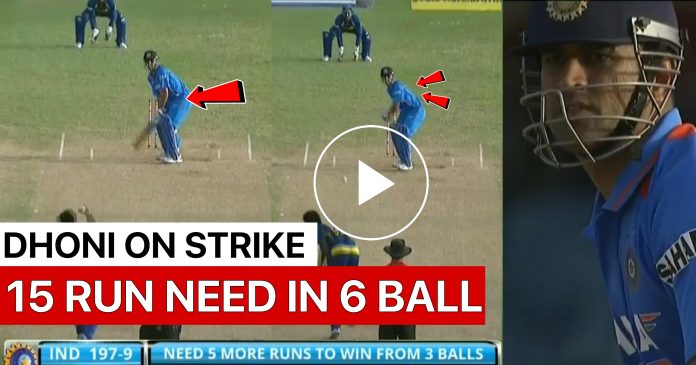 MS Dhoni is regarded as India’s best finisher till date in limited overs cricket. His pressure soaking skills in the death overs and specially while chasing a target was second to none. Many a times he won the games for his team from near hopeless situations, be it for India or for Chennai, his IPL franchise. This post is about one similar match in which India won due to a sensational innings by Dhoni, that too when all seemed lost. 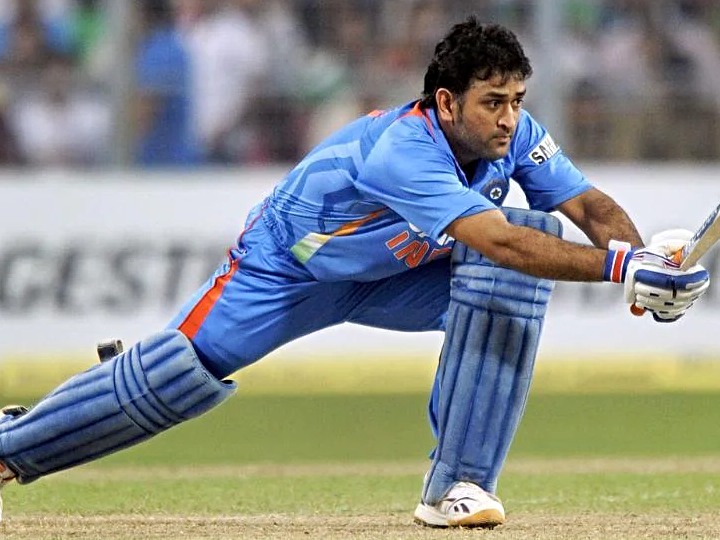 This was a triangular series played between India, Sri Lanka and West Indies hosted by the Caribbean. India and Sri Lanka reached the final and met each other in Port of Spain for the trophy.

It was the Indian captain Mahendra Singh Dhoni who won the toss and elected to field first. Sri Lanka started on a decent note and the top order laid a strong platform for their team. Kumar Sangakkara played an entertaining innings of 71 runs as the Lankan team reached a strong position of 171-2 in 38th over. At this stage, they appeared to score in excess of 280 runs. However, that is when their innings collapsed.

The last 8 wickets fell in just 30 runs as they were bundled out for 201 runs in 49th over. Ravindra Jadeja picked up 4 wickets for 23 runs and was the standout bowler.

In reply, the Indians struggled against quality Sri Lankan bowling. Except a half century by Rohit Sharma, none of the other batsmen could contribute enough to the innings. A score of 139-3 quickly became 152-7 and then 182-9. When Ishant Sharma, the number 11 came to join MS Dhoni at the crease, India required 20 runs in 22 balls with just 1 wicket in hand.

Ishant somehow kept defending the balls as Dhoni decided to take it in the last over. If India had to win, Dhoni had to do it on his own. Hence, it came down eventually to the last 6 balls. With the captain on strike, India were 15 runs short of the victory and Shaminda Eranga was the bowler for Sri Lanka in the final over.

The first ball of the last over was a dot as Eranga bowled it on a length outside off. Dhoni tried to hammer it over long off but missed.

Second ball was again on a similar line and length. This time however, Dhoni was more than ready for it. He smashed the delivery over long off for a mighty six that went more than 90metres.

With the bowler under pressure, he delivered the third ball. It was a good length ball as Dhoni tried to hoick it over leg side. But, the timing was not great as the ball took the edge and went over point for a four!

Now, 5 runs were required as Eranga again ran in to bowl. By now, Dhoni was eager to finish off as he launched the delivery over covers for a flat six. It was a decisive blow as India won the final and the trophy in unbelievable circumstances.

For his match winning innings of 45* runs, Dhoni was adjudged the man of the match.

Watch the last over here:

Watch : Two West Indies players collapse and pass out while playing the match