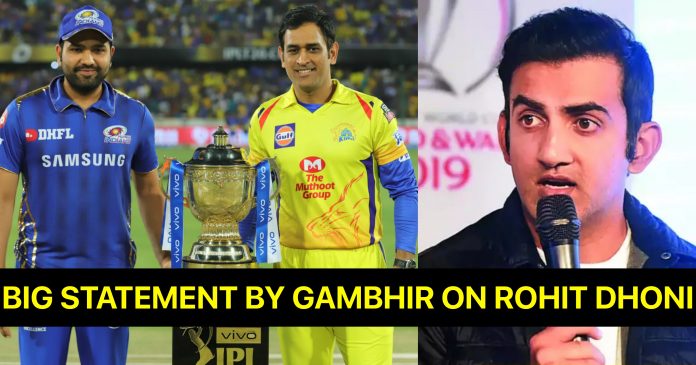 Former Indian Cricketer Gautam Gambhir revealed that Mumbai Indians are at a better position to win IPL 2020 than their rivals Chennai Super Kings.

Gambhir reckons the addition of Trent Boult to their bowling unit will help Mumbai Indians. The left arm pacer is known for his quality bowling. Him joining hands with Jasprit Bumrah will make them the most feared pace duo in IPL 2020.

The two pacers are versatile and have great record in both early and death overs. They provide better options to Rohit Sharma during the course of 20 overs. Also Gambhir reckons the variety on the duo’s bowling would be great advantage.

“A left-arm seamer who brings the ball in for right-handers and Jasprit Bumrah who is unorthodox,” Gautam Gambhir said.

Chennai Super Kings Not With Their Strongest Lineup

Meanwhile, Chennai Super Kings will go into IPL 2020 without the likes of Suresh Raina and Harbhajan Singh. Ruturaj Gaikwad, who was expected to replace Raina in the lineup is yet to recover from Corona.

Add to their woes, the  experienced campaigners might find it difficult when come up against top class bowlers. Gambhir feels that Mumbai Indians have an upper hand over CSK due to their squad depth as well.

“It will be a huge challenge for Chennai Super Kings as they don’t have Suresh Raina at No.3, plus Shane Watson does not play much international cricket and has not played cricket for a long time, so how he plays against Bumrah and Trent Boult. We will also have to see with whom he would be opening the batting,” Gambhir stated.

“I feel the Mumbai Indians have the upper hand if you see the balance and depth of the squad,” Gautam Gambhir concluded.

The mega event will begin in United Arab Emirates on Saturday. Mumbai Indians will take on Chennai Super Kings in the first match on September 19th and it looks poised to break some records on TV and digital media.