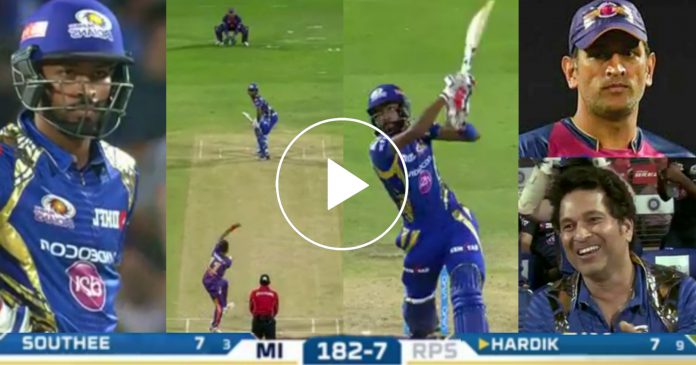 This post is about remembering Hardik Pandya’s super quick cameo.  He played it in the IPL 2017 against Rising Pune Super giants.

The bowler on the receiving end, was the strike bowler of Pune, Ashoke Dinda.  In the last over, Pandya smashed Dinda for 30 runs in the over. He belted him to all parts of the park and helped his team reach a competitive 184.

It was the last over of Mumbai’s innings and it went something like this-:

Ball 1- Dinda bowled a full toss outside the off stump and was thumped over the covers by Pandya for 6 runs.

Ball 2- This was a length ball, again on the off stump line. Pandya got inside the line and again, hit it through the line to dispatch it over mid off for six runs

Ball 3- Dinda clearly did not learn from his previous two mistakes and again, bowled a length ball. Pandya needed no second invitations. He pumped the ball straight back over the bowler’s head for a 83 meters six.

Even MS Dhoni who was keeping the wickets became frustrated by this ordinary bowling but brilliant hitting by Pandya as his face told everything.

Ball 4- This ball was better than previous 3 deliveries as this, was bowled in the area of uncertainty for the batsman. Still Pandya managed to get four runs, albeit lucky runs. He tried to hit over the covers again. However the ball, took the edge and flew quickly behind Dhoni as, he tried to dive but the ball evaded him.

Ball 5 – The fifth ball again was a poor short delivery but equally played brilliantly by Pandya. He thumped the ball over long on with an imperious pull shot for a six.

By now, the five balls had gone for 28 runs and Dinda was in all kinds of pressure. He had to try and not concede another boundary.

Ball 6 – Thankfully for Dinda, he bowled a decent ball which Pandya could only hit for two runs. All in all, 30 runs were scored in the final over as Mumbai reached 184 runs. 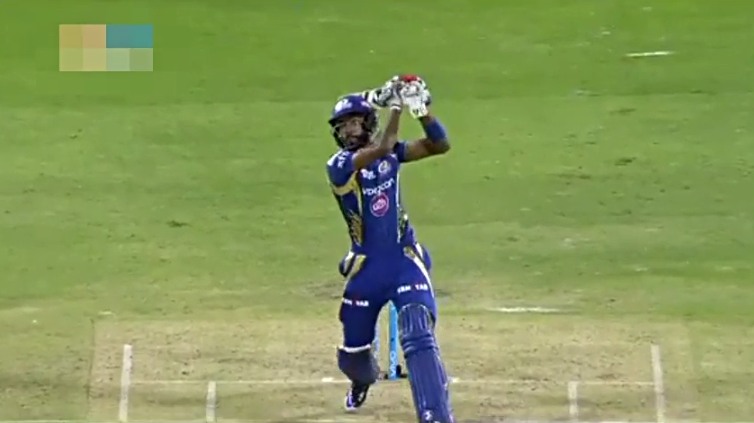 Pandya finished with a cameo of 35 from just 15 balls. This included 4 sixes and a boundary. Poor Ashoke Dinda finished with sorry figures of 4-0-57-0!

This was obviously one of the many heroic innings Pandya has played over the years in IPL. More often than not it has led his team to victory on many occasions.

Shocking: Suresh Raina Ruled Out of IPL 2020 Due To Personal Reasons