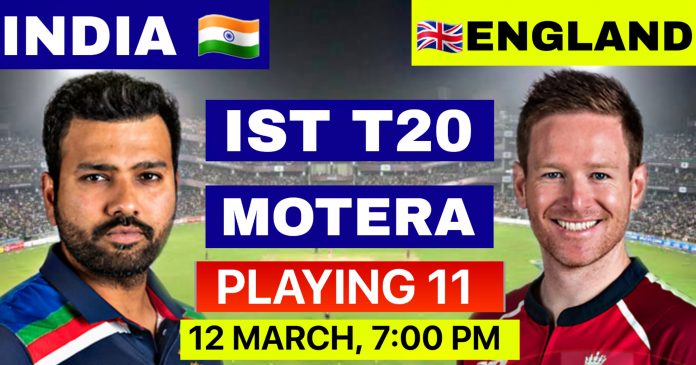 India and England will face off each other in first of the 5 T20 games. The first match will be played in Ahmedabad on 12th. Since the T20 world cup is due to be held later in India, this series will be important for both the teams. 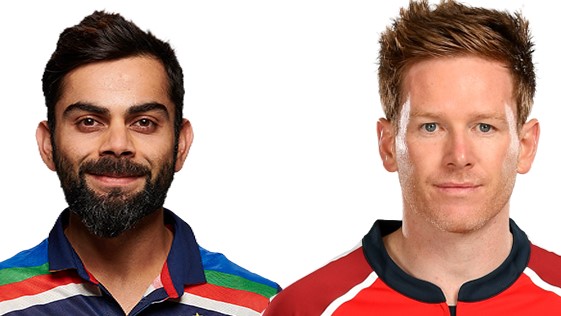 A good performance in the series will go a long way in securing the place of the players for the T20 world cup. Also England is number one ranked T20 team. If India can beat them, they will have a good chance of overtaking England in the rankings.

The match will be played in exactly the same stadium which hosted the third and fourth test of the recently concluded test series. Further, with it being the biggest stadium of the world with a seating capacity of 1,10,000, a huge crowd is expected.

The weather is expected to be clear and dry with temperature around 37C for most of the noon. However, this being a T20 game, the weather should cool down further by the time match starts.

The pitches in test matches assisted the spinners from day one or day 2. However, limited overs is a different ball game all together. So, expect a flat pitch which will assist the batsman from both sides. Moreover, A lot of runs would be in store tomorrow and bowlers could have a tough time. Consequently, batsman from both sides would enjoy as either teams have batsmen who could hit sixes from the ball go.

India – It will be interesting to see what combination will the Indian team field in first T20. They have three openers out of which only 2 will play and all three are in good form. While Dhawan and Iyer were part of successful T20 series in Australia which India won, chances are that they might be benched. KL Rahul and Surya Kumar Yadav could get the chance to open and bat at number 4, respectively.

Similarly, whether India plays with 2 spinners or 3 spinners is also a question that needs to be answered. If India plays 2 spinners, then Chahal and Axar Patel will play. Consequently, if they decide to play an extra spinner, Washington sunder too could get a look in.

Again, in the pace department, Bhuvaneshvar Kumar is likely a certain starter. Choices for the second and third seamer are Navdeep Saini, Deepak Chahar and Shardul Thakur. Only two of them will get a chance to play with Bhuvi as the senior pacer.

In all likelihood India could go with this combination:

For England, it will be about identifying players which would help them in the World T20. Usual starters like Morgan, Buttler and Stokes are a shoo in. However, with Archer not fit fully, he will miss out from the first T20.

This could be England’s likely 11:

With both teams playing with their full strength squads, this should be a cracker of a series.

Which channel will be broadcast?
The broadcasting rights of all matches on India are with Star Network. you can watch this match from 7 PM IST. It will be broadcast live onStar Sport 1 HD / SD and Star Sports 3 HD / SD, fans can enjoy live action in both English and Hindi languages.
How To Watch on Mobile
Live streaming of the matchwill be on Disney Hotstar.