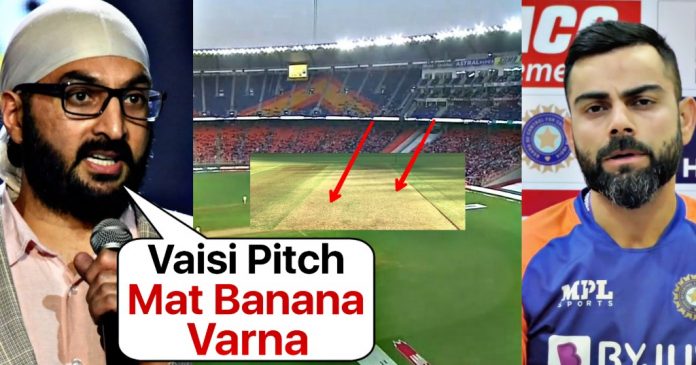 It has been few days, since the third test between India and England ended. The match ended inside two days owing, to the large turn and bounce available for the spinners. The technique of playing on dry and turning track, from batsmen of both sides were exposed.

England were humbled by 10 wickets after getting shot out for scores of 112 and 81 runs in both innings. India in reply had only a slender lead of 33. But, a poor show with the bat by England did them no favors. India cantered to victory and took a 2-1 lead.

The way England team was thrashed, by India hasn’t gone down too well with the former English players. They have launched a scathing attack on pitches produced.

New addition in this list of players is the former English spinner, Monty Panesar. The ex left arm spinner has come down hard, on the Indian team. He criticized India for preparing tracks which starts turning from ball one.

After the likes of former English captains Michael Vaughn and Alistair Cook, gave a thumbs down to the pitch, Panesar is the third English player to criticize the wicket. Further, Monty said that, even if India wants to produce a turning track, they should at least make a wicket, on which the test goes on for 3-3.5 days, if not more.

However not every former English cricketer are criticizing the wicket. Some of them have come out in support of the wicket. They believe that not the wicket, but its the attitude and poor technique which has to be blamed, for poor performance of the team.

Kevin Pietersen and Geoffrey Boycott hold this view where they have asked the England team, to concentrate on improving their footwork against spin, instead of asking the Ahmedabad curator to produce ‘good pitch’.

With too much hullabaloo around the wicket, it will be interesting to see what kind of pitch will, the Ahmedabad stadium roll out for the fourth test.

The fourth and final test of the series will begin on 4th of March at 9:30IST.