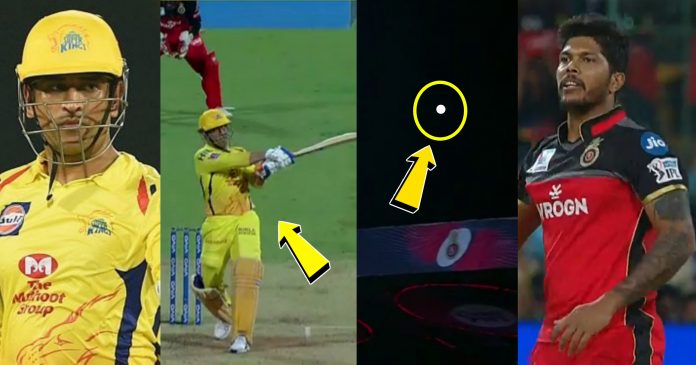 The Indian premier league is about to begin in few days of time. This season will be the fourteenth edition of IPL. Eight teams from different cities will play with each other to reach the finals. The tournament is scheduled to begin from 9th of April. Final will be played on 30th May.

Both the play offs and the final will be played at Narendra Modi stadium, Ahmedabad. Also, this is the first time that matches will be played at neutral venues. No time would be able to enjoy home advantage. Every team will play at only four out of total six venues available for the season due to COVID restrictions.

IPL is all about thrill a minute competition and close encounters. Teams give their heart and soul in order to win the games in league stage and win the trophy. However, only few succeed in doing so. More so, if the players involved are seriously good.

This post is about remembering one such sensational innings by an equally stupendous player, MS Dhoni.

Winning the toss, Chennai elected to bowl first. The Royal Challengers Bangalore made 161-7 in their allotted 20 overs. Opener Parthiv Patel was the top scorer for RCB as he made 53 runs in 37 balls. It included 2 fours and 4 sixes. For Chennai, Deepak Chahar was the pick of the bowlers. He took 2 wickets for 25 runs.

In reply, Chennai had the worst possible start. Their top four registered single digit score. Consequently, Chennai fell to 28-4 and were in tatters. Dhoni and Rayudu added 55 runs for the fifth wicket before Rayudu was dismissed. Wickets fell again as the required run rate increased.

At the end of 19 overs, Chennai required 26 more runs with three wickets in hand. Dhoni and Thakur were batting in the last over. For Bangalore, Umesh Yadav was given the task to defend 26 runs against MS Dhoni.

The first ball of the over was pulled by Dhoni towards deep square leg for a four.

On the second ball, Dhoni muscled the ball again for a huge shot that went outside the stadium!

Third ball of the over was a fuller length delivery. The batsman pumped the ball over long off over a leaping AB Devilliers for another six.

With 16 off the first three, the pressure was firmly on Umesh Yadav. Just 10 runs were required in final three balls.

Fourth ball of the over was a low full toss which Dhoni could not take full advantage off. Thus, he only hit it as far as deep square leg for a brace.

The fifth delivery was again a full toss. Therefore this time Dhoni did not miss and smashed it out of the park for another six!

With just two runs to win on the final ball, It was CSK’s game to lose. Hence, what followed was totally anti climax.

It was a short and wide at slow pace. MS Dhoni missed his cut shot as the ball beat him and went to the keeper. Both the batsmen ran through for a bye. However, the opposition keeper Parthiv Patel collected the ball and scored a direct hit at the striker’s end. Despite Thakur’s dive, he couldn’t reach the crease. Hence, he was run out by few inches.

Bangalore somehow survived the attack of Dhoni. They just about held their nerves to win the thrilling game by 1 run!