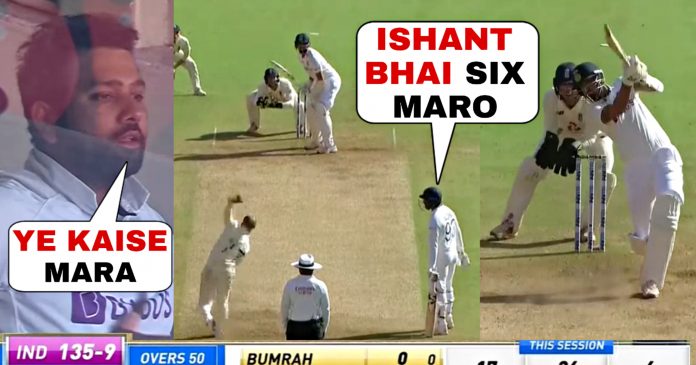 While the rest of Indian batsmen bar Rohit Sharma disappointed to the core, it was Ishant Sharma who gave the Indian fans something to cheer about. 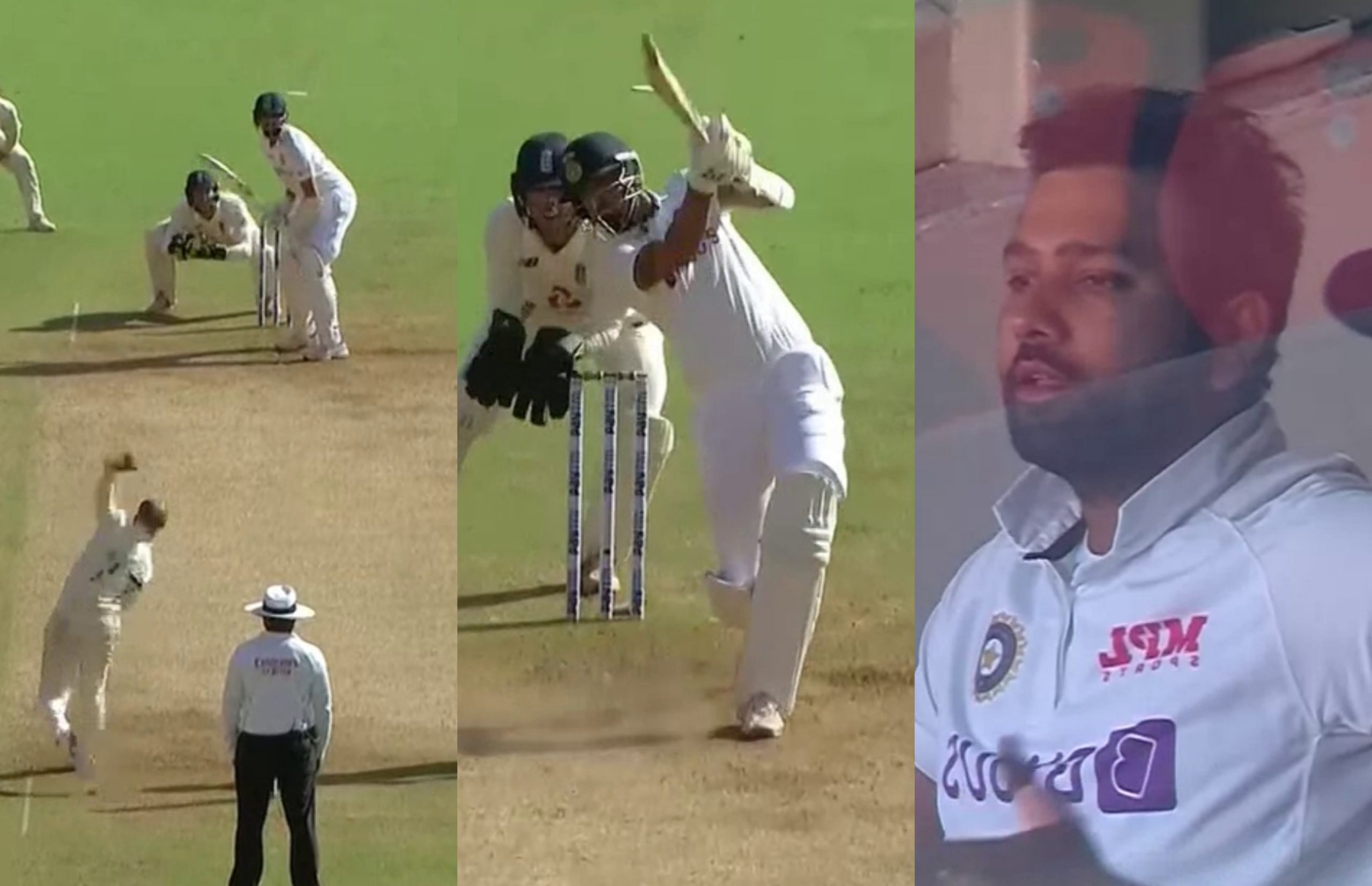 Ishant who is playing his 100th test match came at number 9. The score of team India was 125-8 and they were tottering. Soon, the score became 134-9 as Ashwin was out caught by fielder at square leg when Joe Root was bowling.

With a lead of just 22, India were finding it hard to score a single run on English spinners. Every ball was turning and bouncing. It was then Ishant decided to take the matter into his own hands.

Jack Leach, the left arm spinner had taken 4 wickets by then and was looking ominous. He came to bowl the 51st over of the innings with the score of India at 135-9.

The first ball Leach was a length delivery hoping for the ball to take turn. However, Ishant had some other plans in store. He reached out, used his long handle and pumped the ball over mid on for a flat six!

That six brought some smile to the Indian supporters and fans who had lost their voice due to loss of wickets. When Ishant hit that six, the fans found their voice once again!

It was the only six in the Indian innings who otherwise put in a dismal batting performance and left the fans wondering if the match would even last three days.

India has to win this series if they have to qualify for the finals of World Test Championship where they would meet New Zealand.