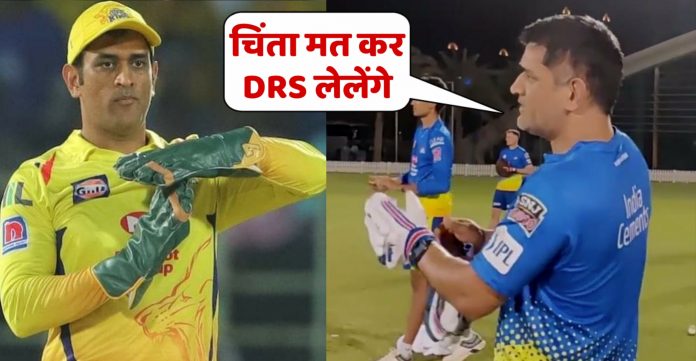 Chennai Super Kings are finally back in team training after a series of unfortunate events in UAE. However, the team are in joyful mood and are very focused in their training regime.

The team franchise has decided to release the video with the famous Whistle podu song. The likes of MS Dhoni, Ravindra Jadeja, Shardul Thakur, Shane Watson and others were seen in the video. Meanwhile, coach Stephen Fleming was seen instructing the players as he kept a close eye on the proceedings.

MS Dhoni was seen at ease during the training session. Despite him missing cricket for over an year, the 39-year old looked sharp in the nets. It will be a delight for cricket fans to see a full flowing MS Dhoni’s batting in IPL 2020.

On the other hand, the loss of Harbhajan Singh could bite the team on the slow pitches of UAE. But they have Karn Sharma who could be a viable option if needed.

The team had turbulent times since arriving in Dubai in late August. They were hit badly when 13 players and staff were tested positive for corona during the isolation period. Chennai Super Kings had suffered new lows with both Suresh Raina and Harbhajan Singh decided against playing in IPL 2020. Both the players decided to snub the tournament due to personal reasons.

Even with the absence of two key players, Chennai Super Kings are still one of the best teams on paper this year. The last few days has been good for the team after few terrible days. All the remaining players and staff were declared covid negative and the team finally entered bio bubble on Friday.

The team are scheduled to play the curtain raiser against Mumbai Indians on September 19. Although, there is only two weeks to prepare for the tournament, the team are ready to accept the challenge.

MS Dhoni will be keen to prove a point to his doubters. Especially after declaring retirement from international cricket, Dhoni will have his complete focus on Chennai Super Kings alone. This is a huge boost for the team as they are currently low on morale after the recent events.

Watch : Emotional statement of Rashid Khan. Says he is hurt for this shocking reason

WATCH MS DHONI Reveals Why He Give Bowling to Sam Curran After getting Hit...