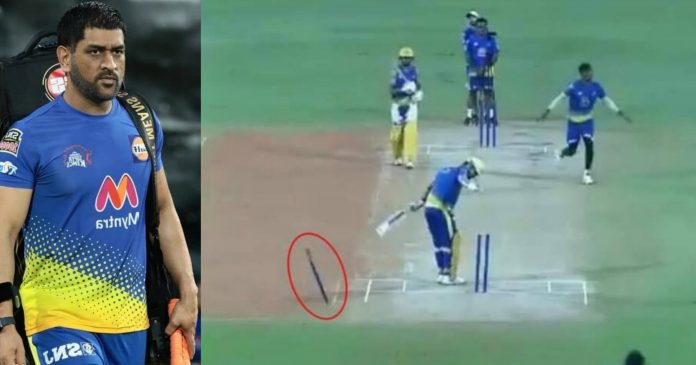 The IPL is set to begin from 9th of April. This will be the 14th season of IPL. With just little more than a fortnight to go for the season to start, the teams have already begun their preparations for the season. All the players involved who are not playing international cricket are in the camps for the IPL.

Amongst all the teams, Chennai, Mumbai and Bangalore have the most fan following. Chennai Super Kings is the only team that has the same captain since season 1. In the last season of IPL, Dhoni had struggled and so did the team. His own form was a bit abysmal which then rubbed on the team. Last year the CSK team had failed to reach the playoffs for the first time in history of IPL.

To compensate for the previous year, CSK has started their trainings well in advance and their players are sweating in the nets. The captain MS Dhoni has been in the nets for more than a week now and polishing his skills and fitness in order to gear up for the 45 days intense tournament.

Last night however, something was different for the former Indian captain. While practicing in the nets, Dhoni was bowled by a little known 22 year old from Andhra, Harishankar Reddy. Little is known about Reddy apart from the fact that he is aright arm medium pace bowler. Son of a farmer, he was bought in IPL auction for his base price of 20 lakhs. Also, he has been a regular in Andhra Ranji team since 2018.

Dhoni is bowled by a rookie!

With he getting the better of Dhoni in practice session, all eyes will be on him in the IPL matches. How he deals with the pressure of being under the spotlight, will be fun to watch.

That includes ICC Champions trophy, ICC 50 overs World Cup and ICC 20 overs world cup. Additionally, he led the India to the number 1 ranked test team for close to 18 months. Moreover, he is India’s most successful ODI captain and the second most successful test captain beside Virat Kohli.

Watch the footage of Dhoni getting bowled :