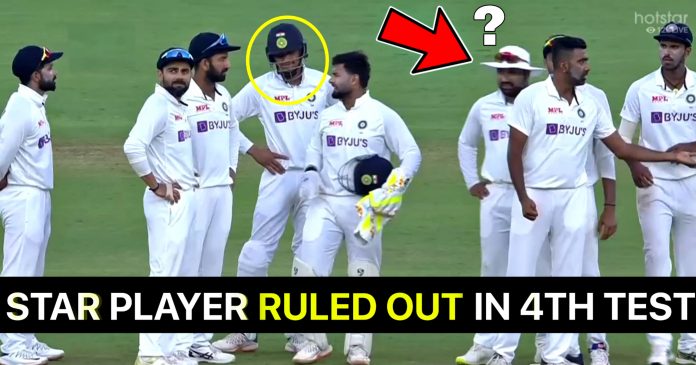 Jasprit Bumrah, the pace spearhead of India bowling line up has been ruled out of the final test. Bumrah had asked the Indian team management to release him form the team due to personal reasons. The management complied with the request of ace pacer and granted him the leave.

The Indian team now have the option of going to Mohammad Siraj or Umesh Yadav for the role of second fast bowler along with Ishant Sharma. Bumrah had bowled just 6 overs in the third test and that too in the first innings. He went wicketless in the test as the spinners did the bulk of damage, sharing 19 wickets between them on a dry and turning track.

Jasprit Bumrah made a request to BCCI to be released from India’s squad ahead of the fourth Test owing to personal reasons.

Options for India in final test.

Bumrah had played his first test in India in Chennai in the first game of the series. He was then rested for the second test before making a comeback in the third test.

The Indian team did not name any substitution in absence of Jasprit Bumrah.

Jassi, as he is fondly called by his team mates has taken 81 wickets in 19 tests. He has done so at an outstanding average of 22 and picked 5 wickets in an innings no less than 5 times. In limited overs cricket, he is the go to bowler for team India in crunch situations.

It will be interesting to see if India plays an extra spinner or a pacer instead of Bumrah. If India decides to play a spinner, then Kuldeep Yadav will get a chance to play. If the management opts to play for an all rounder then Hardik Pandya could get a look in. Similarly, in case they go for a pacer, then India have the option of playing either Siraj or Umesh Yadav.

The fourth test is scheduled to begin in Ahmedabad from 4th of March. India won the third test by 10 wickets and are leading by 2-1 with final test yet to be played.

Yuvraj Singh trolled for his comments on third test! Read why!