Indian captain Virat Kohli and his wife Anushka Sharma has announced the arrival of a new baby to their family earlier today. The couple announced that they are expecting in January 2021.

As usual, this attracted attention across the country and especially in social media. Netizens were very happy with the news and indeed came up with some hilarious memes upon hearing the news.

Virat Kohli will be the latest to join the father club in Indian dressing room. Recently, all rounder Hardik Pandya also became a father and that news also went viral in social media. The pair announced the news in some style on their social media accounts.

And then, we were three! Arriving Jan 2021 ❤️🙏 pic.twitter.com/iWANZ4cPdD

Virat Kohli is currently busy in Dubai as he is gearing up to play for Royal Challengers Bangalore. He is under home isolation for the mandatory quarantine and RCB are constantly posting his work out videos on their social media platforms.

Many fans upon hearing the news, invited the baby with hilarious memes. We have made a compilation with some of them below. Do check them out!

#virushka
Virat and Anushka announced their baby birth in January.

After listening Virat Kohli and Anushka Sharma having baby

#virushka announced their pregnancy..
Virat after knowing that anushka is pregnant : pic.twitter.com/aoLEYu54rW

Anushka and Virat announce they are expecting a baby#Virushka shippers rn: pic.twitter.com/z1PEsonfK3

Everyones reaction when they got to know #ViratKohli is going to become father pic.twitter.com/xI3BwmFWJA

Virat and Anushka they will become parent in JAN 2021

Anushka Sharma is pregnant.
This is the first delivery that Virat won't smack out of the park.

Winning IPL title remains one of the biggest objectives in Virat Kohli’s career. Despite being the best batsman in world cricket, the talisman has so far failed to deliver the coveted title to RCB.

He has been part of the franchise since the inception in 2008. However, after taking reins in 2013, the skipper has so far failed to bring the trophy to Bangalore. Despite doing his best with the bat, the team has failed to deliver with the ball in almost all the seasons so far.

However, with change in scenario and the talent in RCB squad, it will take a fool to not consider them for a firm title challenge this season. But the onus is big on Virat Kohli to deliver the title at least this season as the wait grows big on fans.

On the other hand, usual suspects Chennai Super Kings, Mumbai Indians and Sunrisers Hyderabad are strong as ever. RCB needs to find the right balance in their starting lineup to challenge for IPL 2020. 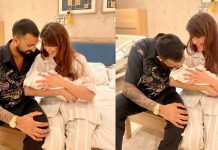