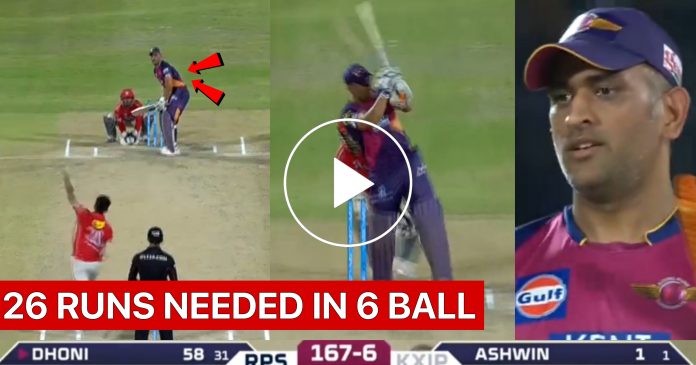 MS Dhoni is regarded as one of the finest finisher the game has ever seen. The only batsman who can be compared with Dhoni is Michael Bevan, the left hander from Australia. Just like Dhoni, he too was nearly invincible in pressure situations. Opposition teams could not afford to relax if Bevan was at the crease, just like MS Dhoni. 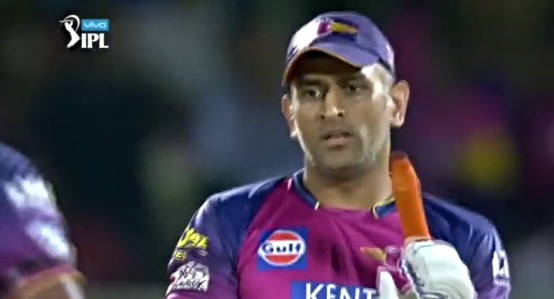 One of the reason why the former Indian captain ws possibly the best finisher because he won games single handedly. Matches which seemingly looked lost for his team, from where most of the players would give up, he won that kind of matches. His career is filled with such shocking batting performances. Here, we take a look at one such display by Dhoni.

It was the Indian Premier League in season 2016. Dhoni was playing for Rising Pune Super Giants and the opposition team was Kings 11 Punjab. The match was held at Vizag and it was the business end of the tournament. Both teams were going through tough times in the season and were fighting it hard to avoid finishing last in the points table.

The captain on Punjab, Murali Vijay won the toss and elected to bat first. Punjab Kings made a total of 172-7 in 20 overs, on the back of half centuries from Gurkeerat Mann and Murali Vijay. Ravichandran Ashwin was the most successful bowler for his team as he picked up 4 wickets for 34 runs.

Chasing a target of 173 runs, none of the top and middle order batsmen of Pune could stay at the wicket. They were reduced to 86-5 in 13.2 overs and the match looked gone for them. Thisara Perera played a little cameo of 23 runs in 14 balls and added 58 runs for 6th wicket with skipper MS Dhoni.

Eventually, it came do to the last over with Pune required 23 runs to win in the last over. Axar Patel was bowling it and Dhoni was on strike, as the match looked in the bag for Punjab.

The first ball was a dot. A quick delivery was turned to midwicket but Dhoni did not take the single. Now, just 5 balls were remaining and 23 runs were still to get.

Second ball of the over was a wide as he tried to dart the ball outside of Dhoni’s reach. Hence, he bowled the second ball again. This time though, Dhoni was more than ready. A full ball was pumped violently over long on for a huge six.

Third ball of the over was short of a length and outside off. Dhoni carved it over covers and expected that it would go for four and did not bother running. However, Hashim Amla did a great job at covers as he ran and slid across to cut off the shot. Hence, it was a dot.

Dhoni does it again!

It was again the same length on the fourth ball and this time Dhoni didn’t miss out. He smashed the delivery over covers for a one bounce four. Consequently, 12 runs were required of final 2 balls.

Fifth ball from Patel was a short one. Moreover, Dhoni was waiting for that and smashed a flat pull shot to fetch 6 runs on it.

Axar Patel decided to come around the wicket on the last ball. Consequently, he bowled it quick through the air into Dhoni’s pads, so as to cut off the room and swinging time of Dhoni. But, the batsman saw it coming.

He stood at the crease and whipped the delivery disdainfully over midwicket for a massive six. Axar Patel was shell shocked at this as Dhoni casually finished the match and smiled like nothing had happened. Only Dhoni could have shown this much calmness.

For his unbeaten 64 in 32 balls, he was adjudged the man of the match.

Watch Padikkal becomes emotional while talking about COVID and its effects

Watch Dhawan misses out on 100. Punishes Chennai with his innings