India beat Sri Lanka by 38 runs in first T – 20 played at R Premadasa Stadium in Colombo. Batting first India made 164-5 in 20 overs. Surya Kumar Yadav was the highest scorer for India in the innings.

Surya Kumar Yadav came to bat at number 4. He looked in fine touch from the ball go on a dry wicket. After hitting some beautiful shots for four, Yadav smashed his first six to C Karunaratne when he went down on knee and slogged the bowler over deep square leg. In the next over, he reached his fifty in style. 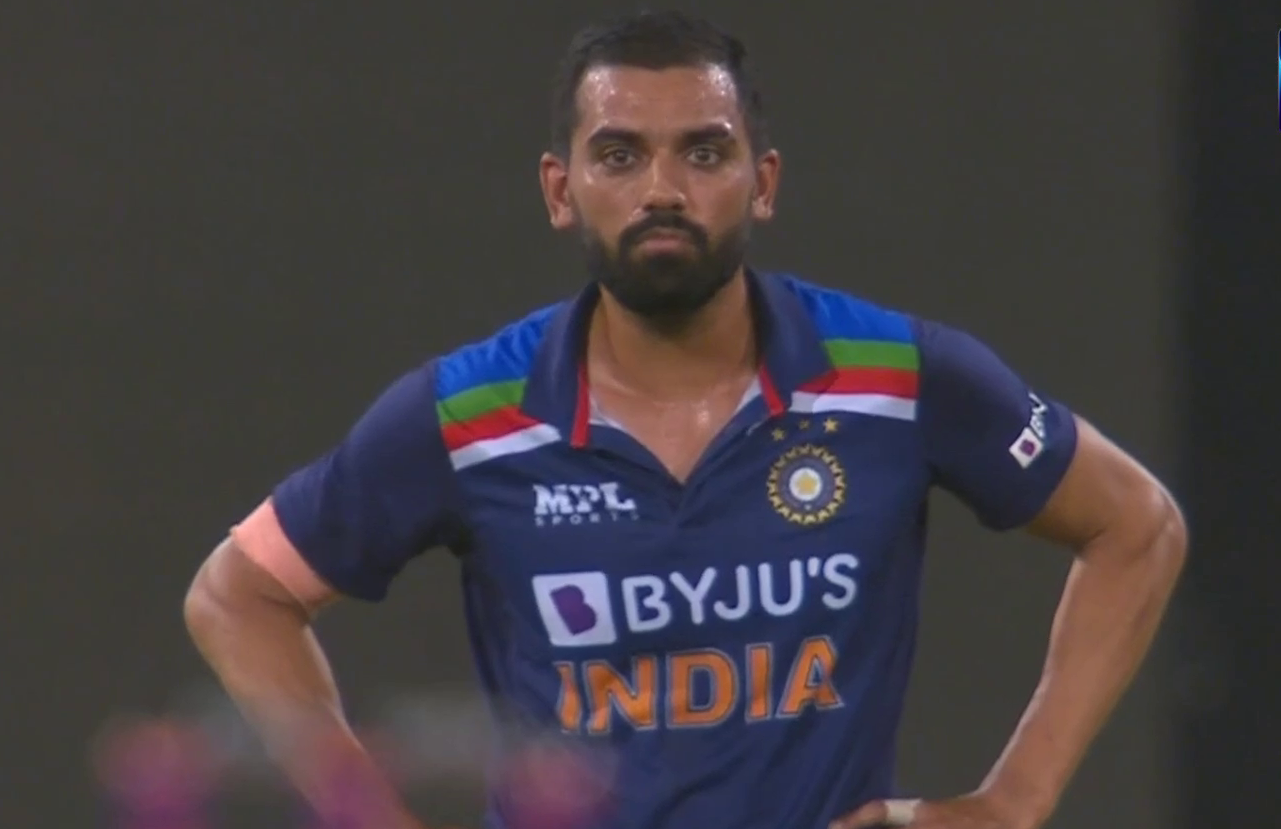 Wanidu Hasaranga bowled a flighted delivery and Surya Kumar came down the track and thumped him over his head for a mighty six. Hence he reached his 50 in just 33 balls. Moreover it was his 2nd fifty in T20 cricket. However he was dismissed on the very next ball.

The same bowler again delivered a flighted ball. Hence Yadav once again tried to carve the ball over covers but was beaten in the air and could only hit the ball in air. Moreover the fielder easily took the catch and Yadav was gone.

Hence due to this innings, India finished with 164-5.

Chasing a target of 165, Sri Lanka started poorly. They lost the first wicket on 23 runs. Minod Bhanuka was the first wicket to go down. He was dismissed by Krunal Pandya. After that the Lankans kept batting positively. At the end of 15 overs, the hosts were 107- 4 and were still in the hunt with 58 runs required to win in 30 balls.

Enter Deepak Chahr to bowl the 16th over. On th first ball 2 runs were scored. One more single and a wide followed on the next 2 balls. The next ball saw Asalanka dismissed as he tried to hoick one over mid wicket but was caught.

Two balls later Chahar dismissed Hasaranga too when the batter attempted to smash one over covers but was bowled.

Overall Chahar gave 6 runs in the over and took 2 wickets to kill the game.