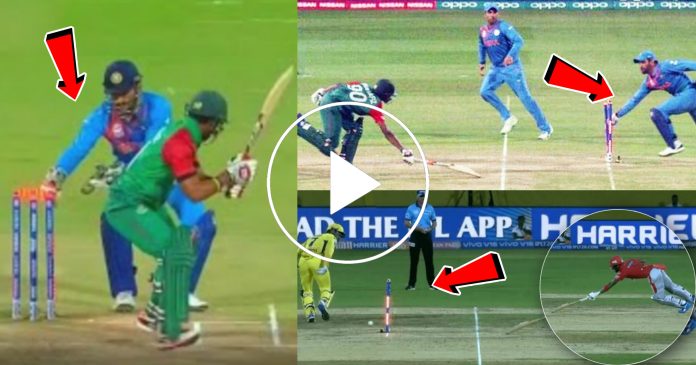 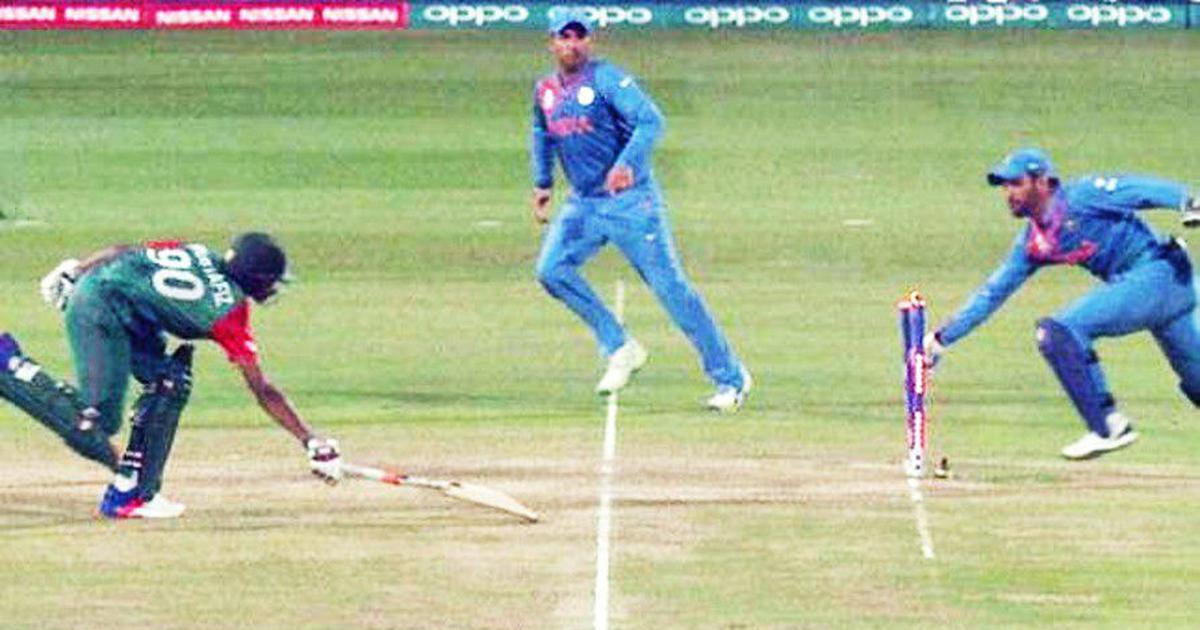 That includes ICC Champions trophy, ICC 50 overs World Cup and ICC 20 overs world cup. Additionally, he led the India to the number 1 ranked test team for close to 18 months. Moreover, he is India’s most successful ODI captain and the second most successful test captain beside Virat Kohli.

One of the reasons Dhoni was so successful was his clever captaincy and street smartness on the field. His tactical decisions and ability to read the situation of the game and the plans of opposition was second to none. The same can be said about his pyrotechnics from behind the wicket. Hence, he has the record of having most stumpings to his name international cricket.

This post is about 5 such freak run outs by Dhoni which would have been impossible if not for the MS, the keeper.

2. This run out was also pretty similiar to the first one. Here also, Dhoni just deflected the      ball back onto stumps without even looking at it! This time though, he did it with both        hands as the batsman was again caught short. The batter was Mushfiqur Rahim and            India were playing Bangladesh.

3. Here, Dhoni’s presence of mind is visible in the run out. India were playing Australia.         Maxwell hit a ball to the covers and the two batsman Maxwell and Mitchell Marsh tried to     run three. Since, Marsh was casual in his running, Dhoni played a trick. He stood still at       the strikers end as if nothing is happening. He knew perfectly that the ball is coming at       his end but acted as if the throw will take time to reach.

Just before Marsh could complete the run, the throw came to Dhoni who just whipped off     the bails in no time. Marsh was caught short of the crease and was OUT.

Dhoni pulls off a stunner

This match was against England. Here, the batsman just flicked a ball off his pads and set off for the run. Dhoni who was alert behind the mool wicket just ran towards the ball and hit the bulls eye with his direct hit. The batsman was just found short of the popping crease.

5. This was the most important run out amongst these. This was a game of World T20. Here, India was struggling and was on the verge of exit from the tournament. Had Bangladesh beaten India, India would be out of the World T20. Bangladesh needed just 2 runs of the final ball with 1 wicket in hand. Dhoni knew that it could be case of byes so he took one gloves off for run out chance.

As expected by Dhoni, the number 10 batsman could jot hit the ball as it went to Dhoni as byes. The two Bangladeshi batters just ran in order to complete the bye and tie the game. However, Dhoni too ran quickly with the ball in his hand and before the batsman could reach the strikers end, Dhoni ran him out. India had won and saved themselves from exit.