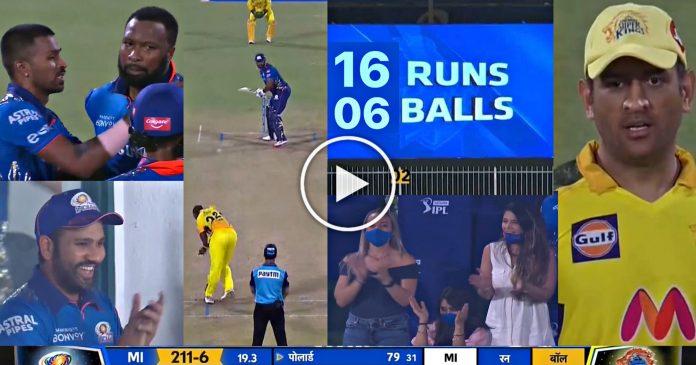 Mumbai Indians, today showed that, they are not a 5 times champion for nothing. The two times defending champion won a thriller against Chennai Super Kings in an exciting match. Matches between these two teams are always close, as they have been the strongest IPL teams, since it’s inception. Today also, was no different. 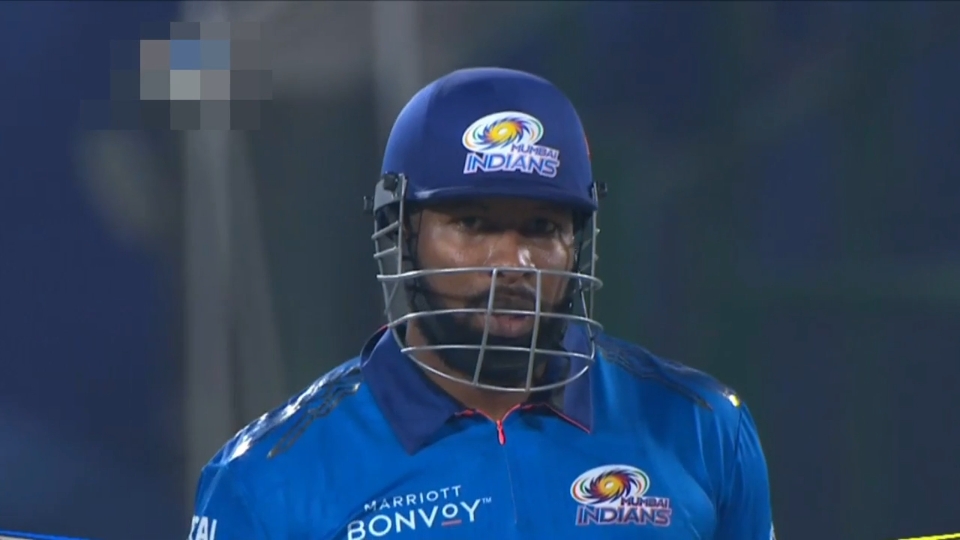 Chennai batted first and made 217-4 in 20 overs. Faf Du Plessis and Moeen Ali made quick fifties and provided solid platform for Chennai. Then, Ambati Rayudu played a phenomenal innings of 72 unbeaten in just 27 balls. He hit 7 sixes and 4 fours in his innings. Alongside Ravindra Jadeja, the duo added 102 runs in just 48 balls to push the score to 217-4.

Kieron Pollard was the most successful bowler for Mumbai as he took 2 wickets in 2 overs and gave just 12 runs in it. However, this wasn’t the only thing he would do in the evening. The best of Pollard was yet to come, this time in the chase.

In reply to a target of 218, Mumbai had a terrific start to their innings. The openers Quinton De Kock and Rohit Sharma formed a partnership of 71 runs in 7.4 overs. Moreover, they gave the required platform needed for their team

However, Rohit Sharma fell at the score of 35 runs in 24 balls and then, regular wickets kept falling. While Kieron Pollard held one side, batsmen at the other end, lost their wickets.

In the end, it came down to final over as Mumbai required a further 16 runs to win. Pollard was on strike with Dhawal Kulkarni as his partner and Lungi Ngidi was the bowler.

The first ball was a low full toss. Pollard hit it, but only as far as square leg and refused the single on offer.

The next two balls were hit for four by Pollard as pressure increased on Ngidi. Fourth ball of the over was another low full toss and was thrashed towards square leg. However, the fielder stopped it and Pollard once again refused the single.

Now, 8 runs were required in 2 balls. The penultimate ball was another filthy full toss and was despatched by Pollard for a six.

Now, just 2 runs were remaining for victory. The last ball from Ngidi was a Yorker outside off. Pollard patted the ball towards long off where Du Plessis was fielding. But, by the time he collected the ball and threw, at the non strikers end, the batsmen had taken the double and won the game for Mumbai.

Watch the final over here:

IND vs AUS: BCCI Release Playing XI For The First Test At Adelaide