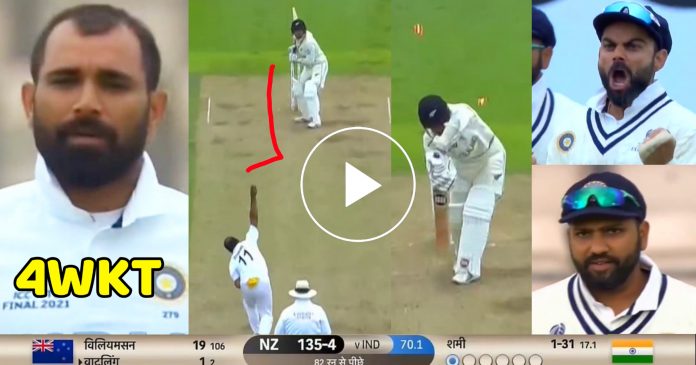 India are nearing a position of dominance in the Southampton test vs New Zealand. Due to some brilliant bowling by the Indian pacers led by Mohammad Shami, the Kiwis have lost half their side in the first session of fifth day at the Ageas Bowl. The right arm pacer Shami breathing fire in his spell as he proved unplayable at times. At lunch, New Zealand were 135-5 and still trailing India by 82 runs. 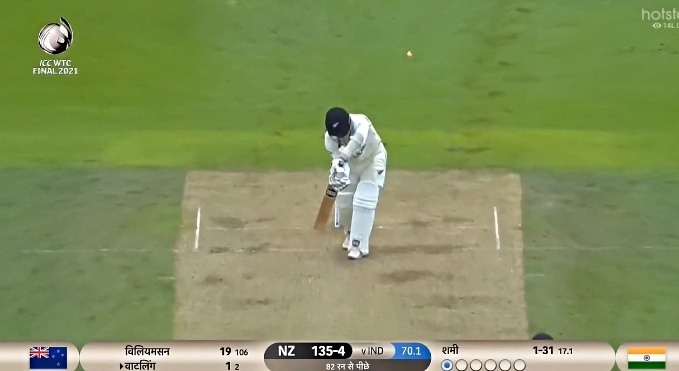 Starting the day at 101-2 in conditions conducive for pace bowling, New Zealand found it tough to score runs. Indians bowled maiden after maiden and choked the run flow of the opposition. Hence, it resulted in the wicket of Ross Taylor and then Henry Nicholls.

First it was Ross Taylor who was dismissed. Mohammad Shami got his wicket when Shubhman Gill caught him in the covers with a scintillating dive. After that, it was the turn of Henry Nicholls. The left hander became a victim of Ishant Sharma when he made the batsman edge one to slips. Rohit Sharma dived in front of the first slips to take a great catch and Nicholls was sent packing to the pavilion. Ishant Sharma was all fired up after the wicket and gave the departing batsman a mouthful send off.

However, the delivery of the day belonged to Mohammad Shami. He was in the middle of a fantastic spell and just few minutes to go before lunch, he produced an absolute peach of a delivery. BJ Watling had no answers to it as he failed to play at it and his middle stump was pegged back.

It was the 71st over of New Zealand’s innings. On the second ball of the over, Shami bowled a full delivery targeting the stumps of Watling. As the batsman tried to defend it with a straight bat, the ball seamed just at the last moment. Hence, Watling totally missed the line of the ball as it went past the defenses of him and crashed into his woodwork.

The Indians celebrated the wicket with much vigour as New Zealand had lost half of their side.