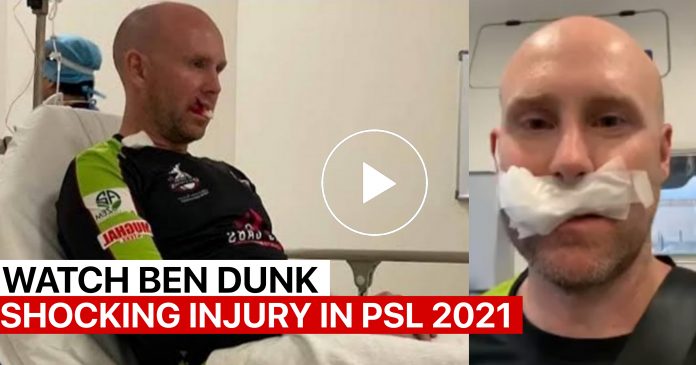 The second phase of Pakistan Super League began on Wednesday in the UAE. Its first phase which was held in Pakistan got hampered due to COVID. The bio bubble of various teams was broken and as a result, many positive cases were found amongst the players. Consequently, the tournament had to be postponed. 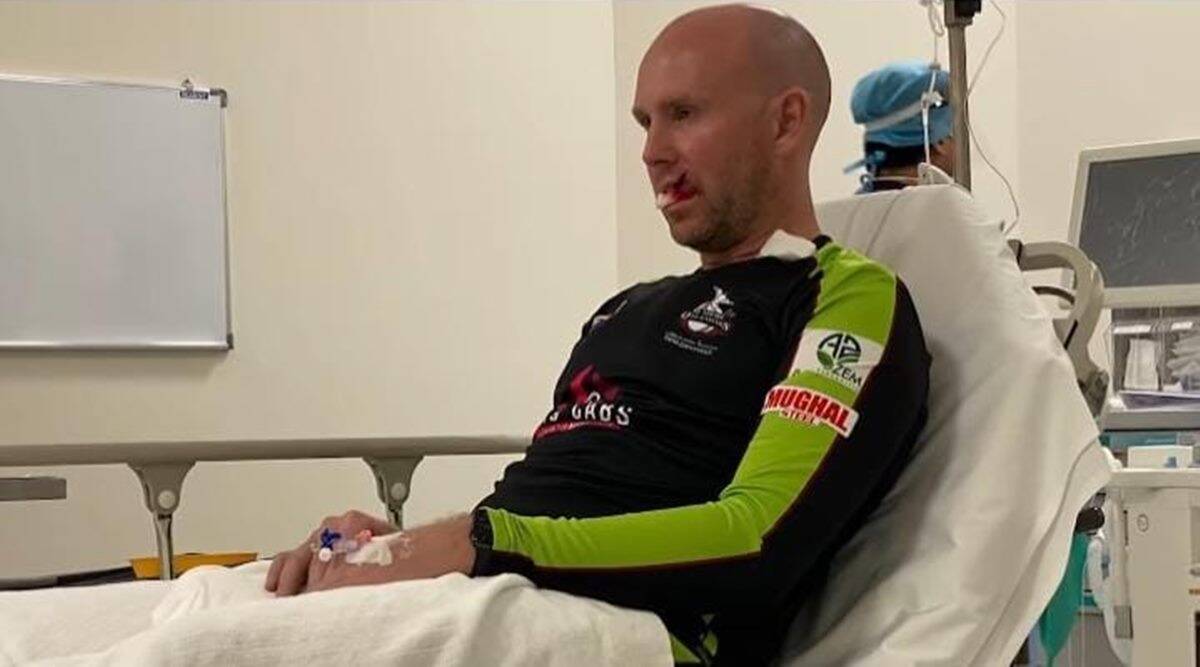 Since the first match after resumption of the league was between Lahore and Islamabad, the players of the respective teams were going with their regular training sessions. However, the training session of Lahore was marred by an unfortunate incident. The overseas import of Lahore, Ben Dunk suffered a terrible injury.

The left handed batsman who is also a wicket keeper from Australia was polishing his catching skills during the practice session. Accordingly, one ball took off more than expected and hit him flush on his face. It was so severe that his lips was brutally injured and even his teeth was effected.

However, he was instantly taken off to hospital where he was given the appropriate treatment. Seven stitches were required to rectify his injury and the player was back to his usual self. After his treatment, he put photos of his face on Instagram with a caption which read :

“A big thank you to the nurses and surgeon at Burjeel Hospital for re aligning my lip and keeping my modelling dreams alive!”

It is expected that he will be fully fit in a few days of time. Meanwhile, the 34 year old Lahore Qalandar’s player had scored 90 runs in 3 innings when the PSL was hosted in Pakistan. Moreover, it was his unbeaten innings of 57 runs that helped Lahore chase 187 runs against Karachi Kings.

Lahore Qalandar is yet to win a title. In the last season, they had come close to winning one when they reached the finals of the tournament. However, they were beaten by Karachi Kings by a margin of 5 wickets. This time around, they will expect to go one better than previous season.

In this season of PSL, Lahore has won 4 matches out of five. Hence, they are now the table toppers of the league.

Watch : Some of the iconic moments of Dhoni’s captaincy career on his 40th...