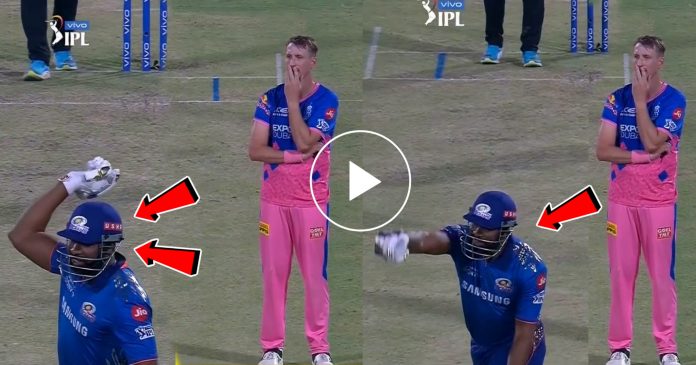 Mumbai Indians smashed Rajasthan Royals by 7 wickets and 9 balls to spare. It also means that now Mumbai are on the fourth position of points table. For his unbeaten innings of 70 in 50 balls, Quinton De Kock was adjudged the man of the match. It was due to his innings only that Mumbai comfortably chased down the target of 172 runs in just 18.3 overs. 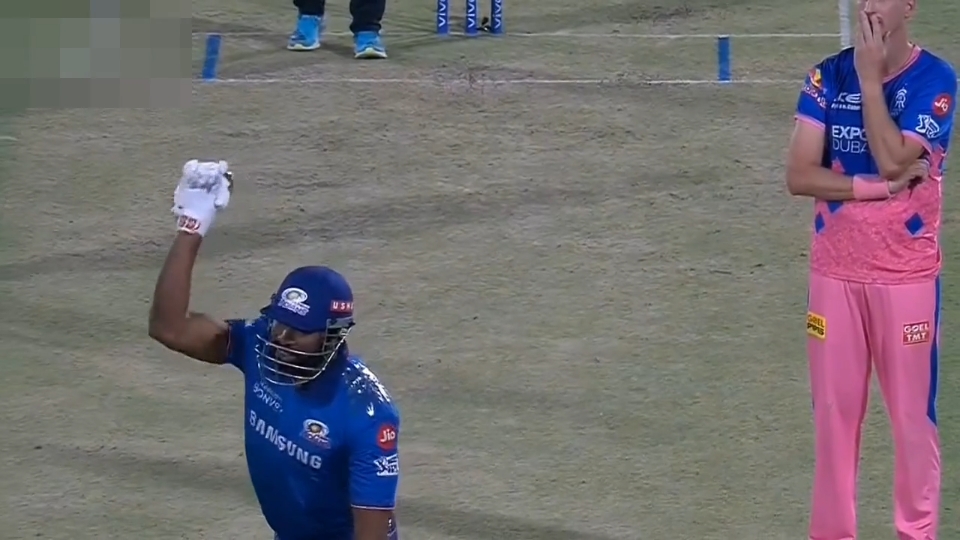 For Rajasthan, Chris Morris was the most successful bowler. He took 2 wickets for 33 runs in 4 overs. The result of the match was all but sealed by the 17th over when Krunal Pandya fell. After the departure of him, Kieron Pollard came to the crease.

It was the 18th over of the innings and Morris came to bowl the over. He bowled a short ball outside off at good pace. However, Pollard jumped back a little and slammed the ball over extra cover for a wonderful six. It was a stunning hit.

The next ball was a low Yorker. Pollard wanted to hoick it but it went of the inside edge for a four, through square leg. Now, just 15 runs were required in 16 balls and Mumbai was marching towards victory.

However, an incident happened on the next ball that, could have been turned unfortunate for Pollard.

It was again a short ball by Morris at a good pace and aimed at the head. Pollard ducked underneath it, bit the ball bounced a little low than expected. Hence, it hit him on the left side of his helmet and struck viciously. However, Pollard was still standing, even as the ball ran away towards fine leg for four byes. Such was the impact of the ball.

Chris Morris came running to check on Pollard’s condition and, the batsman gave him a smile in return. It meant that all was fine with Pollard. Also, he gestured with his hands that the ball should go into the boundary, as it dribbled away towards fine leg.

A fist bump and a laugh with Quinton De Kock folllowed and the batsman was ready for the next ball.