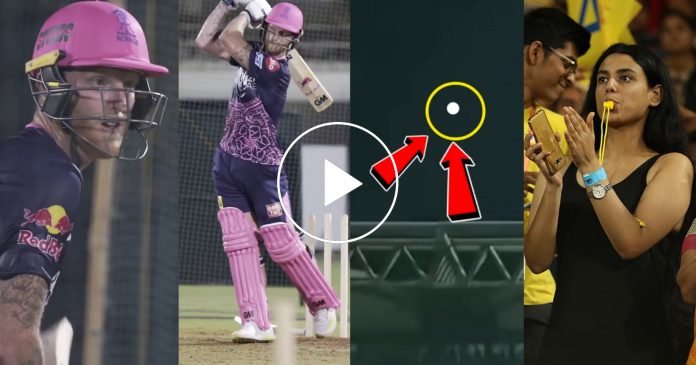 The fourteenth edition of Indian Premier League, is all set to begin from 9th of April. With just a week to go, the teams have started their preparations in full flow now. Almost every team is putting, their training videos on social media. Also, most of the star players of these franchises have linked up, with the squads after serving mandatory quarantine period.

One such team is Rajasthan Royals. The franchise from Rajasthan, had a dismal performances last season. They were the wooden spoon holders in the points table, as the team finished at last position. However, it wasn’t that Rajasthan were terrible, through out the tournament as the points table suggest.

Rajasthan did manage to win six games, out of possible 14 matches. In this, they were at par with Chennai Super Kings and Kings 11 Punjab. But they were relegated to the last position, courtesy the terrible run rate they had. Their captain Steven Smith struggled for form which, was reflected in team’s ordinary display on the field.

The Royals did have some solid individual displays, which won them games or took them close most games. Most notably, it was Rahul Tewatia, who was superb with both bat and ball. Other than that, the foreign recruits in the form of English triumvirate Jos Buttler, Ben Stokes and Jofra Archer also played their part.

However, this was the main problem with Royals as a team. There were only individual performances. But as a team, they failed to fire collectively. This was the reason that despite not playing horribly, Rajasthan finished last.

This time though, Rajasthan Royals are determined to go better and are targeting the play offs. For the same reason, almost every player of them are training with all their might. Be it the overseas player or the Indian ones, they can be seen sweating it out in the nets.

One such player is star English all rounder, Ben Stokes. He has been here in India, since two months now owing to England tour of India. In the tour which ended prior IPL, Stokes played every game of the series. So, he needs no acclimatization in India. Being the world’s premier all rounder and a legend in making, the pressure will be on Stokes to fire.

Fans of Rajasthan will be hoping that Stokes plays exactly, the way he is known for. If he performs, chances are Royals will go a long way in the tournament. Being the senior most player of the team, he will also provide valuable input to Sanju Samson who will be, the skipper of Royals for this season.

Recently, Rajasthan has uploaded a video in which Ben Stokes is batting in the nets. He infact is, pounding the bowlers every where by smacking them for huge hits, and consecutive sixes! If Stokes replicates his from of nets, to the actual match, bowlers need to be careful when he will be at the crease, and it will be great for Rajasthan Royals.