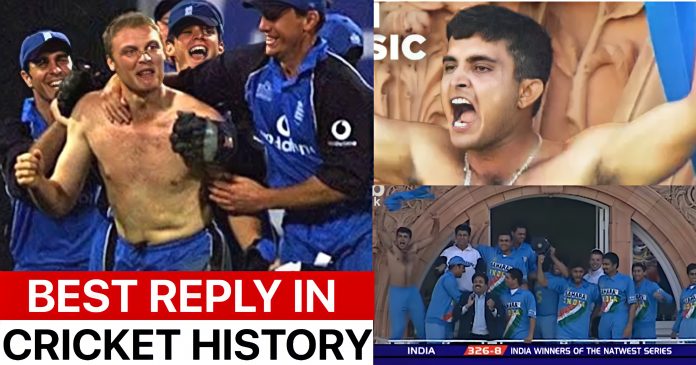 Former Indian captain and present BCCI chairman Sourav Ganguly turns 49 today. The left hander was one of the most formidable top order batsman from late 90s to mid 2000s for India. In a career that spanned for 16 years, Ganguly scored close to 19000 international runs and 38 centuries.

His opening partnership with Tendulkar for better part of a decade was legendary. The two gave innumerable huge starts to India which laid the foundation for a lot of success the Indian team have had in ODIs. Besides being a brilliant batsman, Sourav Ganguly also known as Dada was an aggressive captain who changed the though process of Team India.

He took over India’s captaincy after the dark era of match fixing in 2000s. As a captain, Ganguly led India to many memorable moments. Some of these includes a home series victory against the great Australian team in 2001 and a triangular series victory in England chasing a then record total of 326 in the finals.

Moreover a test match victory in Australia as well as levelling the series 1-1 followed by a historic victory against Pakistan in Pakistan in 2004 was also a highlight of Ganguly’s captaincy career.

As a captain the former player was brash and aggressive. This was seen in his on-field behavior as he taunted and sledged the opposition players to set the tone for his team. However the most iconic image associated with Ganguly is him waving his shirt in the Lords balcony in 2002.

The stage for this incident was set some few months back before the final match of the triangular series at Lords. England were touring India for a test and ODI series. While England lost the test series, they managed to level the 6 match ODI series at 3-3. After tourists won the last game, Andrew Flintoff ran around the ground while taking off his shirt and jumping.

Few months after in 2002, India and England faced each other in the finals of triangular Natwest series. The third team in the tournament was Sri Lanka and was knocked out. In the final, England batted first and amassed 325 runs in 50 overs. It was a massive score during that time of pre T20 era.

Chasing 326 runs, India lost half of their side for 146 runs in the 24th over and the game was as good as over for the Indian team. Enter the inexperienced duo of Yuvraj Singh and Mohammad Kaif. The two put on a match turning partnership of 121 runs before the left handed Yuvraj was dismissed.

Then Kaif and the other tail enders brought India close to victory. In the last over of the match bowled by Flintoff, the Indian team famously sealed the victory when an overthrow resulted in a brace. As soon as India won the match, Ganguly suddenly jumped up from his seat in Lords balcony. Instantly, he removed his shirt and started waving it like he was imitating Flintoff.

The moment of Ganguly removing and waving his shirt became one of the most talked about photos of Indian cricket. 19 years has gone since the incident and people still talk about it.