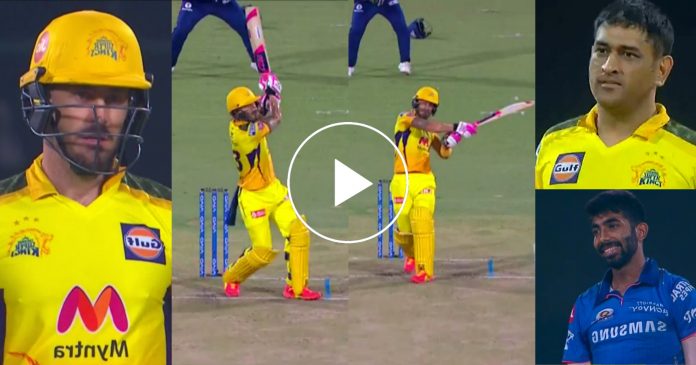 Chennai Super Kings have smashed 218 runs in their 20 overs against Mumbai Indians. They lost just 4 wickets in the process. After being put into bat, Chennai had a poor start with the bat. Rituraj Gaikwad was dismissed in the first over itself by Trent Boult. 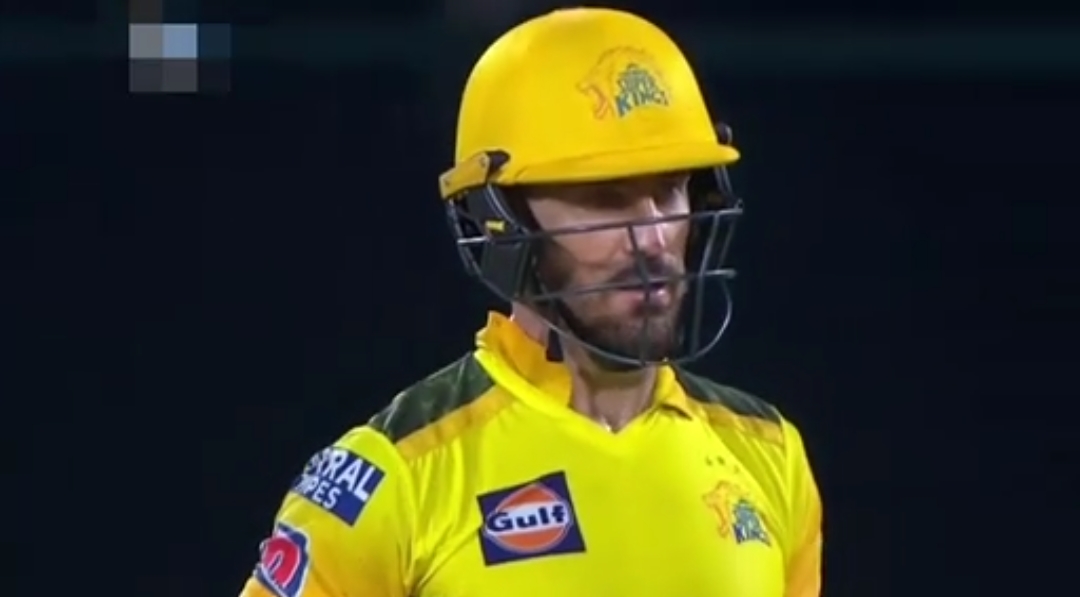 After that, Moeen Ali at number 3 and Faf Du Plessis resurrected the innings of Chennai with a sensational 108 runs partnership in just 61 deliveries. The duo showed no mercy to the famed Mumbai bowling, taking the attack to them. Both the batsmen reached their respective half centuries.

Faf was quicker in reaching his fifty as compared to Moeen Ali. He completed his half century in 27 balls. This included 2 fours and 4 sixes. The right hander batsman did not spare even Jasprit Bumrah, as he launched him for two back to back sixes.

Du Plessis first six came in the second over itself. The bowler was Dhawal Kulkarni. It was short of length delivery. Faf came down the track and whacked the ball over mid off for a six.

His second six came against Rahul Chahar in the ninth over. The leg spinner bowled a rank log hop as Faf rocked back and bashed the ball over mid wicket for a colossal hit.

With Chennai reaching a score of 95-1 after 10 overs, Rohit brought Bumrah back. He was called to try and stop the flow of runs. However,  Faf had other ideas.

The first ball was a short delivery, but without too much pace. Yet again, Faf went on back foot and slammed it over cow corner for a huge six. Following ball was again a short, this time with more pace. But, Faf was more than ready for it.

Instantly, he transferred his weight on back foot and pummeled the ball over mid wicket. Hence, it was second consecutive six against Bumrah, who is one of the world’s best bowler. However, Faf wasn’t done yet.

The next delivery was a wide Yorker as the batsman guided it towards third man for another four.

Soon, he completed his 50 in 27 balls, and was dismissed the next ball.

Watch the video of 2 sixes to Bumrah by Faf: