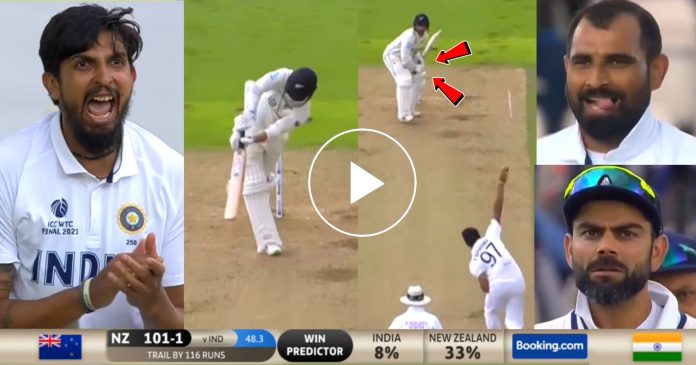 It was a tough day for India in the final of World Test Championship. On the third day of the game, the Indian team was bundled out for a less than satisfactory 217 runs. None of the batsman bar Ajinkya Rahane could handle the quality seam bowling of New Zealand pacers. Rahane was the most successful batsman for India with 49 runs to his name. Ravi Ashwin too chipped in with a valuable 22 runs that included 3 fours. For New Zealand, Kyle Jamieson was the pick of the bowlers with 5 wickets for 31 runs. 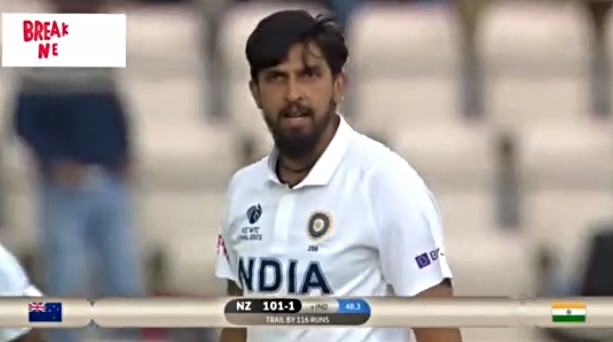 In reply, the opening duo of New Zealand started in a calm way. Both the left handers Devon Conway and Tom Latham were impeccable in their judgement against the Indian pacers. They kept leaving and scored only when the ball was in their range. Moreover, Jasprit Bumrah was a bit off color. He did not create the same chances which he often does with the new ball.

However, the other three main Indian bowlers were brilliant. With Jadeja playing as an all rounder, the onus of taking wickets was on the trio of Ishant Sharma, Ravi Ashwin and Mohammad Shami. While Shami was the most hostile of the three fast bowlers and roughed up the Kiwi openers with his short pitched bowling, Ashwin and Ishant bowled tight line and length. This resulted in both of them getting a wicket each.

This is Ishant’s fourth tour of England. A veteran of more than 100 tests, the lanky pacer was on target from the word go as the situation demanded. He got the ball seaming from an awkward length as the Kiwis found it hard to score runs off him. Ishant finshed the day with figures of 12-4-19-1. His lone wicket was of Devon Conway.

Bowling towards the fag end of the day, Ishant struck on what proved to be the second last ball of the day. It was a fuller delivery as Conway decided to lift it over mid on. However, he got beaten by the seam movement and spooned a simple catch to mid on. The fielder there Mohammad Shami made no mistake in taking the catch and India had another wicket.