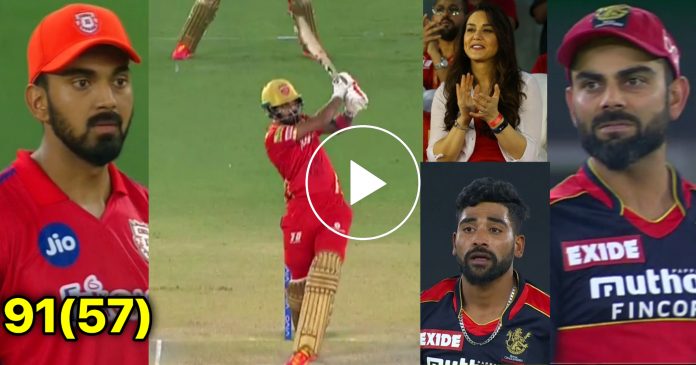 Punjab Kings have set a target of 180 runs against Royal Challengers Bangalore. After being put in to bat, Punjab made 179 runs for the loss of 5 wickets. 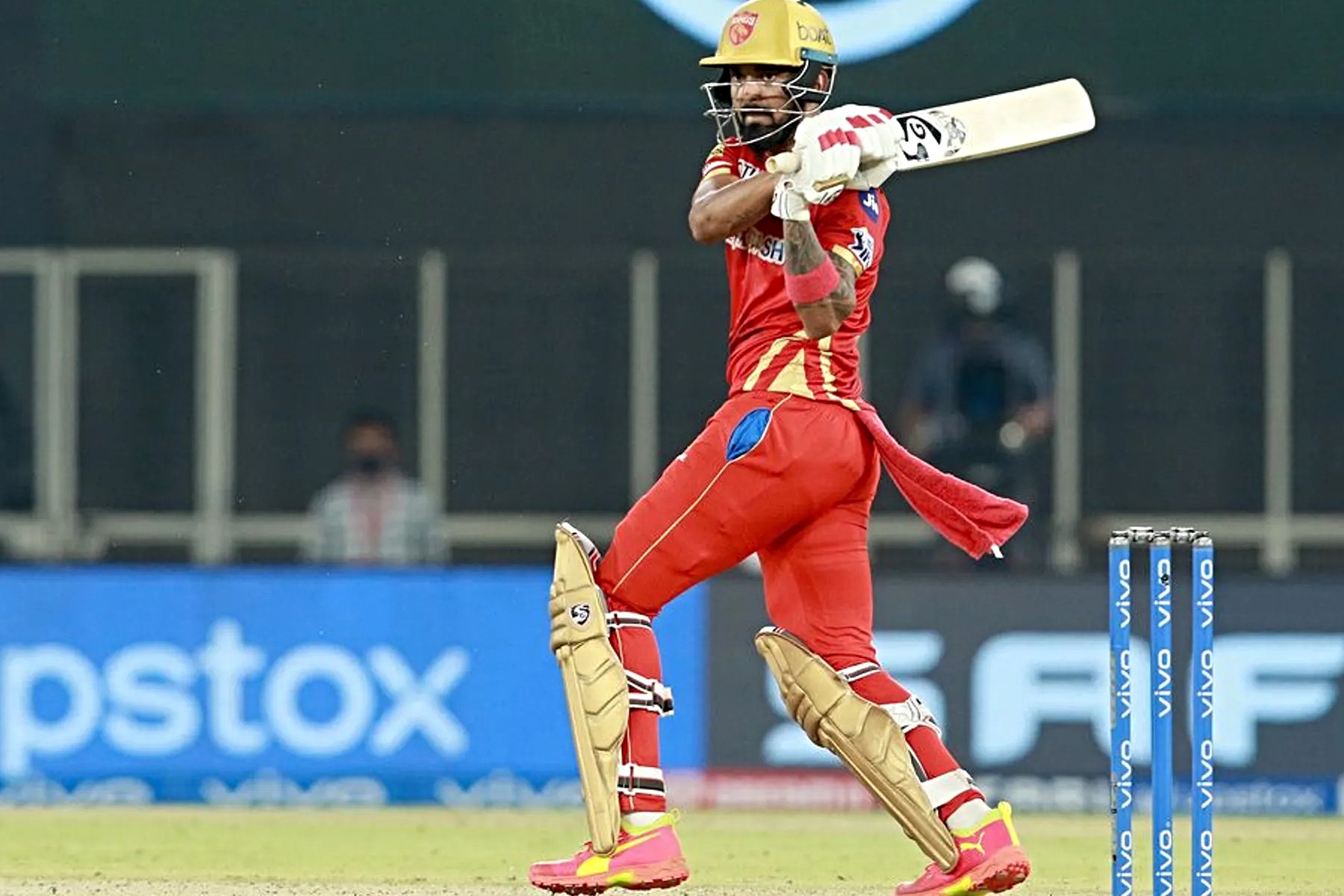 KL Rahul the skipper of Punjab Kings made 91 runs unbeaten in 57 balls. It was a captain’s knock. He hit 7 fours and 5 sixes. It was his innings, which made sure that, Punjab Kings would finish at good score of 179 runs.

Rahul first big scoring shot was a front foot pull against Mohammed Siraj.It was the third ball of the second over. Siraj bowled, a short delivery and Rahul pumped it, over mid-wicket for a fantastic six.

Then, Chris Gayle played some breathtaking shots as KL Rahul took a back seat. He played it out comfortably until Yujvendra Chahal came to ball. On the last two balls of the ninth over, KL Rahul hit a four and a six to up the scoring rate.

Then, his third 6 came against Daniel Sams in the 11th over. Sams was pummeled over mid off, on a length delivery.

Kyle Jamieson in the next over, was smashed for his fourth six, as Rahul looked to increase the run rate. Also he brought his fifty the very next delivery as he took a single. His half century came in 35 balls.

Occasional boundaries, kept coming as Rahul waited for the slog overs to begin. It was in the last over of Punjab innings, that he went absolutely berserk.

Rahul hits 5 sixes and remain not out

On the second ball of last over bowled by Harshal Patel, the bowler delivered a low full toss.Rahul made room, by walking into the offside and flicked the ball wide of square fielder for a four.

The next ball, he again played the same shot. But this time, it was with more conviction, as he scooped up full length ball over fine leg, for his fifth six of the innings. It was a stunning shot.

Fifth ball of the over was another full delivery as Rahul again tried to scoope it. However he miss timed the ball, as it took the outside edge and went over the head of wicketkeeper, for another four. The next ball was single and so Rahul remained unbeaten with 91 runs to his name.