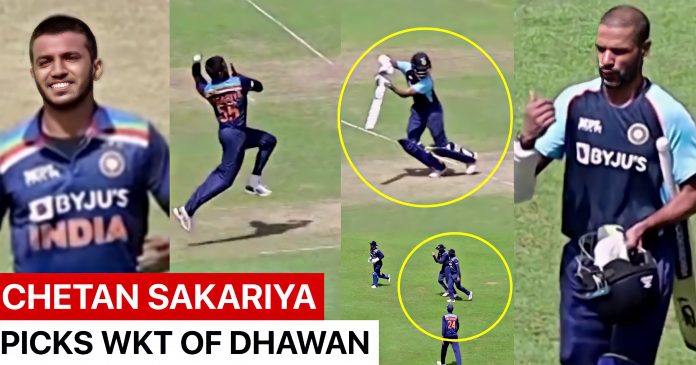 The India vs Sri Lanka limited overs series is set to begin in 5 days. A second string Indian team will face the hosts for a series of 3 ODIs and 3 T20s each. The Indian team will be led by Shikhar Dhawan as he captains India for the first time. Moreover a lot of young Indian players will be waiting to perform in this series. Consequently they can present a case for selection when full strength Indian team team is ready to play.

For Sri Lanka also, the things aren’t going to be easy. Their senior most player Angelo Mathews has pulled himself out of the squad due to personal reasons. Star players like Kusal Mendis and Niroshan Dickwella are also missing due to disciplinary issues. Hence with two teams full of young players, this series is expected to be mouth watering.

Accordingly the Indian team is preparing for the intense clashes which lies ahead. Under the coaching of Rahul Dravid, the Indian squad played a couple of practice matches. The set of 20 players were divided into two teams of 10 players each. One side was led by Shikhar Dhawan while other was skippered by Bhuvaneshwar Kumar.

In the first practice game, Bhuvaneshwar’s team defeated Dhawan’s team. They easily chased down a total of 156 runs under 17 overs on the back of some quality batting by Surya Kumar Yadav and Prithvi Shaw. Bhuvi led his side with controlled bowling of 2 for 23 runs in 4 overs.

The two teams met again in the second practice match to iron out their remaining flaws. Yet again Shikhar Dhawan was captain of one side as Bhuvi led the other team. While the BCCI did not release the official scorecard or the results, Sri Lankan cricket board’s official channel did post a video from the match.

In the video, Kuldeep Yadav is seen picking up a couple of wickets. Similarly Navdeep Saini also took 2 wickets in the visuals. However the talk of the video was Chetan Sakriya dismissing Shikhar Dhawan. The southpaw was gone when he edged his delivery straight to wicket keeper who made no mistake in catching the ball. Moreover Dhawan was sent back to the pavilion on a score of zero.