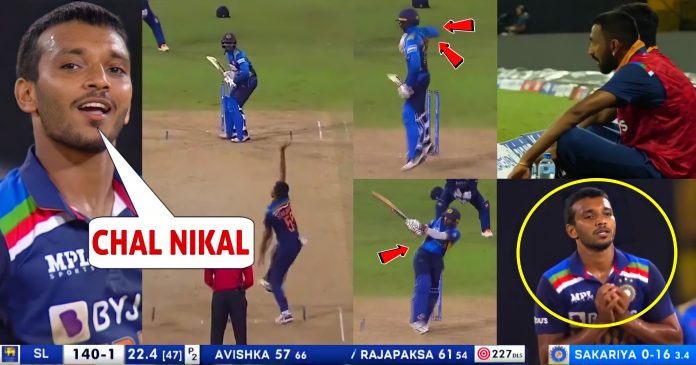 Chetan Sakariya – A left handed seamer, Sakariya was termed by many as the find of the IPL 2021. Playing for Rajasthan Royals, he took 7 wickets in 7 games. The 23 year old bowler was equally impressive both at the death and with the new ball. Hence he finally got a chance in the third and final ODI vs Sri Lanka. 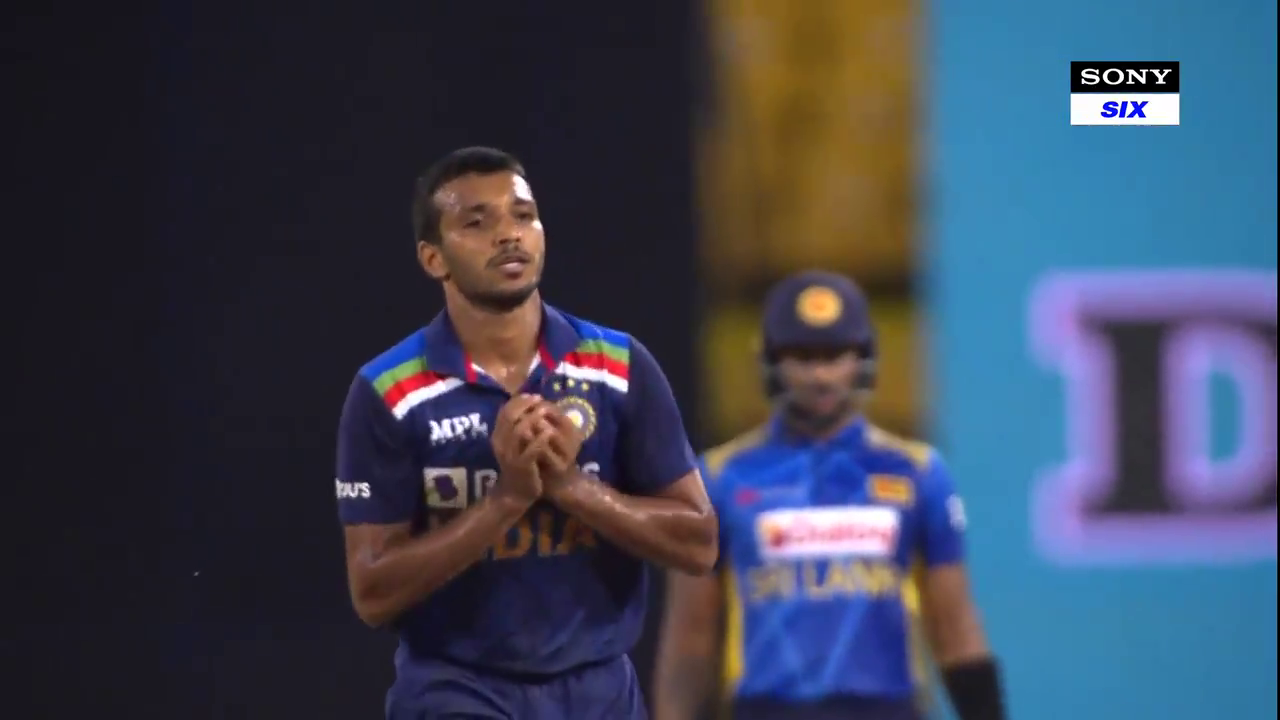 Batting first India made 225 runs and were all out in 43.1 overs. In reply Sri Lanka got off to a breezy start. The openers added 35 runs for the first wicket.

The first Sri Lankan wicket was taken by debutant Krishnappa Gowtham. He started terribly by bowling a leg side wide which went for 5 runs. However he compensated it by getting a wicket. In the 6th over he bowled short of a length which Bhanuka wanted to sweep over leg side.

But the ball arrived slower than anticipated and hence he could only give a catch to short mid wicket. It was another debutant Chetan Sakariya who took the catch by going down and having the ball with both hands.

However Sakariya later took two wickets also which brought India back into the game. His first wicket was of Bhanuka Rajapaksa who made 65 runs. The left hander tried to smash one into leg side but was gone when Krishnappa Gowtham who dived to take the catch. It was a great catch by the fielder Gowtham.

His next wicket was of Dhananjaya De Silva. He was dismissed by a vicious bouncer when he could not fend a rising delivery. Hence the ball took the handle of the bat and Dhananjaya De Silva could only edge it. Consequently the ball went in the air and Sakariya took the catch easily. He was pumped up after the wicket.

Watch the video of the two wickets here:

One brings two for Sakariya 😎

De Silva miscues the ball and the debutant completes the catch 👍

The breakthrough comes, immediately after Rana drops a sitter 😅

A brilliant sliding catch from Gowtham signals the end of Rajapaksa 👌

Watch : Sam Curran hits ball with his legs like Christiano Ronaldo. Runs a...