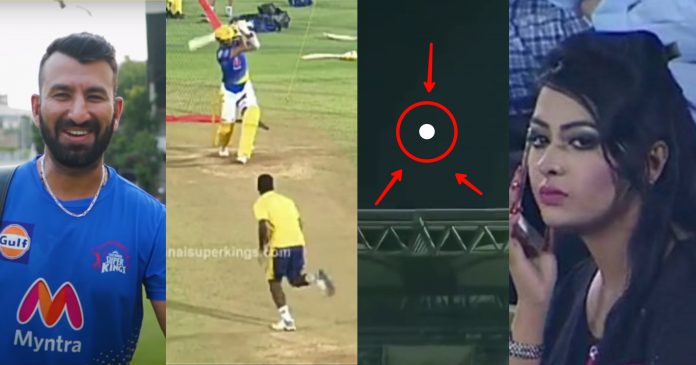 Cheteshwar Pujara is considered, the most technically correct batsman of India in test cricket. His unbreachable defense, makes him an automatic starter in Indian test team. The way he neutralizes the fast bowlers and, wears down the spinners with his compact, and solid batting is a huge asset for India.

He was instrumental, in India’s successive series victories in Australia. The number 3 batter, just blocked everything and absolutely thwarted, Australian attack tiring them into submission. Hence, this paved the way for Indian team’s back to back Border-Gavaskar trophy wins, down under, in 2018 and 2021.

All this exploits in test cricket made Pujara the test specialist, of Indian cricket along side Ishant Sharma. However, this was more of a side effect rather than an advantage, for Pujara. Moreover, the label of test specialist hindered, his progress in limited overs cricket. Hence, not only in Indian ODI or T20 team, Pujara is a big no-no for IPL teams as well.

Additionally, Pujara has had an ordinary, record and stats in IPL. His last IPL game was way back in 2014. Playing for Kings eleven Punjab, he made 19 in a losing cause vs Mumbai Indians. He opened for Punjab, but with a strike rate of hardly above 100, he was shunned by the team. After the season, he was released, never to play again in IPL for next 6 years.

Till now, the right hander has played in five seasons of IPL. In all, he has played a total of 30 matches. During that, he made 390 runs with a strike rate of just a shade under 100! It is 99.74 to be exact. His best performance in an innings is 51 runs, coming in the season of 2013. Needless to say, the stats of a quality batsman like Pujara, in IPL extravaganza has left a lot to be desired.

However, in the IPL 2021, Pujara has got the chance to make required amends, of previous seasons short comings. He has been brought by the Chennai Super Kings, for his base price of Rs 50 lakhs. For a team that struggled, with low run rates in the initial overs, buying a player like Pujara is a bit of mystery.

The only reason for Pujara’s inclusion in the CSK team is, his ability to hold one end while the other players, would go hell for leather. Also, Pujara has been in fine form, in the last 3 seasons for India, and is a veteran of 10 years in international cricket. Its obvious CSK wants to use his experience, in best way possible while he would act as a guide, for younger lot of players.

Pujara also is making sure that he leaves no stone unturned, in preparations for this year’s IPL. He is already sweating it out, in the nets with a new batting stance, that is more open like Steven Smith’s. He can be even seen using his feet, to spinners and thumping them for sixes, while playing aerial shots against pacers.

It will be highly interesting to see, just where does Pujara fits into the plan of CSK team management, and what role will he be assigned for the team.

Chennai’s first match is against, Delhi Capitals in Vankhede stadium, on 10th of April.

Watch the video of Pujara hitting sixes in nets: