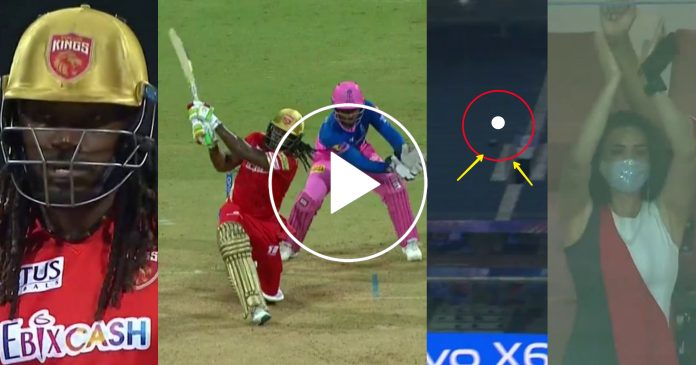 Chris Gayle is the most destructive batsman going around in T20 cricket. No one comes close to him when it comes to power hitting. Even at the age of 41, Gayle is a menace for the bowlers across the world. A small fault in line or length will result in the ball getting disappeared for sixes.

But over last few years, his form has taken a turn towards south. As his age went up, his hitting prowess has been hit by some slowness. That is the reason that he was dumped out of Royal Challengers Bangalore, despite the fact that he had played so well for them over a number of years.

However, with the reputation he had, he was instantly picked up by Punjab Kings. It was done so that he can provide some muscle to the fragile middle order of Punjab. He did not play all the games last season due to injury, but still made important match winning contributions in whatever chances he got.

Just for this reason, Chris Gayle was persisted with Punjab Kings despite him nearing 41 in this season of IPL. An age of 41 is not the best to play T20 cricket but then, Chris Gayle is no ordinary human being either. The rules and regulations of others don’t apply on him.

This was again visible in the fourth match of this season of IPL. He came to to bat at number three after the fall of Mayank Agarwal. His first few balls were calmly watched and he defended them carefully. Then came the spinner Rahul Tewathia who is a right hand leggie.

The fourth ball of the over was crashed through covers for a four. The next ball however, was dropped short again. This time, Gayle tried to blast it over his head but mistimed the shot and offered a catch to the bowler himself. To his horror, Tewathia dropped a straight forward catch.

Instantly, he paid the price for it. His next ball was lined up and slogged out of the ground for a huge six. It was the shot that was reminiscent of the Gayle of old.