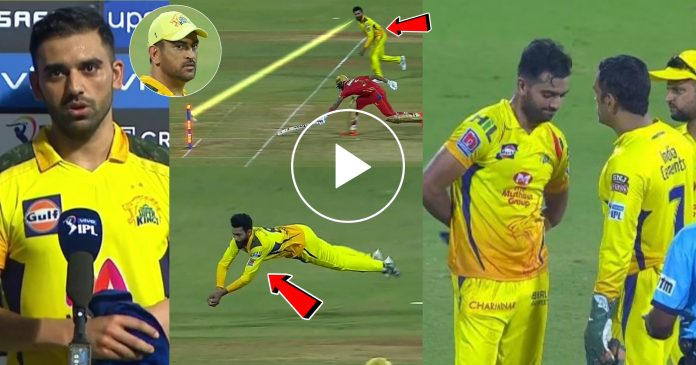 Deepak Chahar was, the star for Chennai Super Kings in today’s match. Chahar, who has played a few matches for India as well belongs from Rajasthan. In today’s match, he totally destroyed single-handedly, the batting of Punjab Kings as he took 4 wickets for 13 runs. 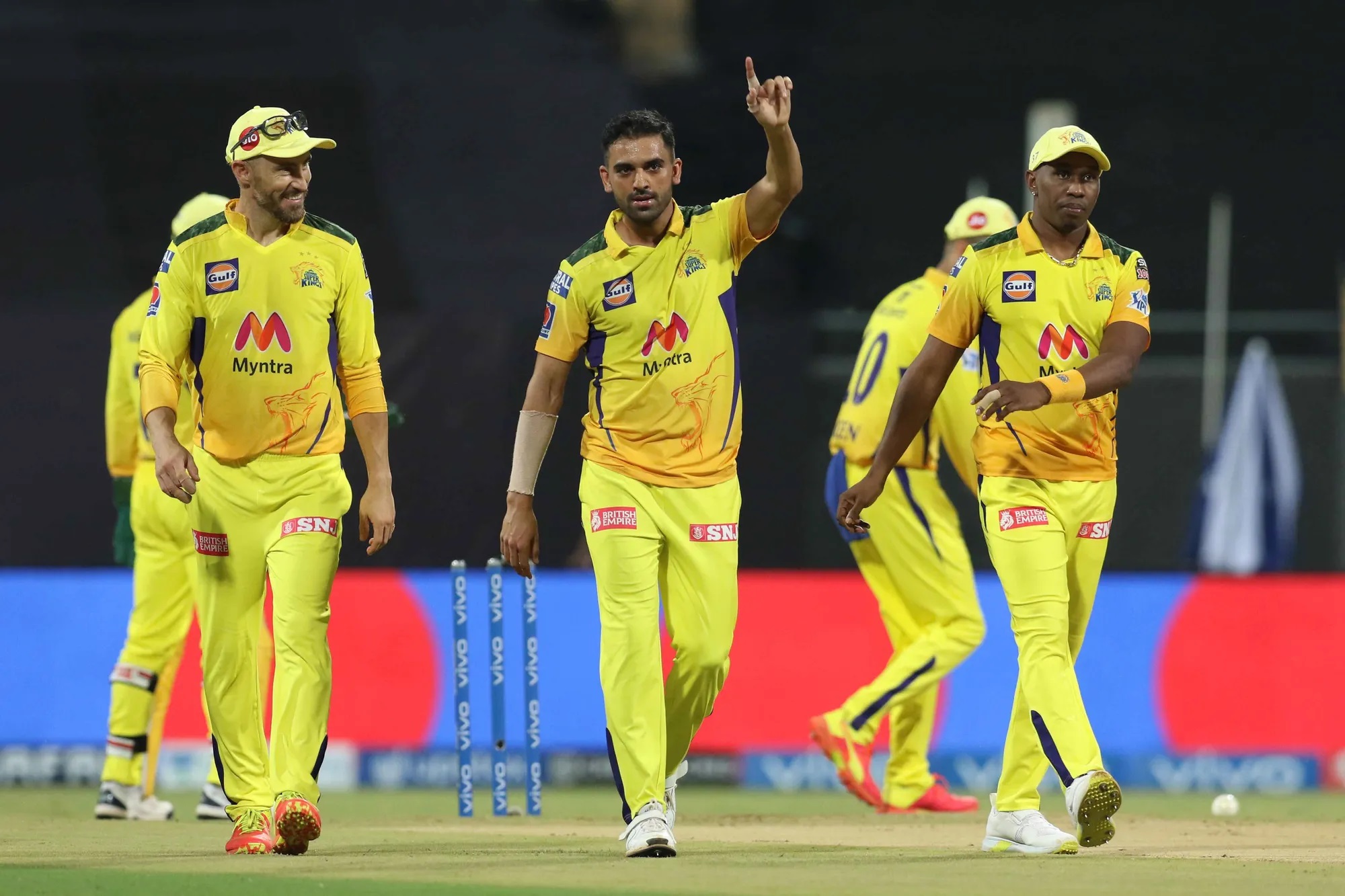 Most of his deliveries were unplayable as Punjab Kings batsman had no answers to his skills. He took the important wickets of Chris Gayle, Deepak Hudda, Mayank Agarwal and  Nicholas Pooran. All of them, are top order batsman.

Chahar, who has been regular for Chennai Super Kings since 2018, has also played in International Cricket for India. Chahar has a hattrick for India, against Bangladesh where he picked up a, phenomenal figures of 6 for 7. It is still one of the best figures, by an international bowler in T20 cricket.

Needless to say that, for his incredible figures of 4-13, he was awarded the man of the match.

Deepak Chahar praises Dhoni for his leadership and Faith

After he received the, man of the match he was asked about, his bowling to which Chahar said that, the ball which he delivered, to Mayank Agarwal was a dream delivery.

It was the perfect delivery as it, pitched at the middle and swung late, to hit the top of off stump. Agarwal, had no chance playing it.

After that he goes, and tells that Ravindra Jadeja, is one of the world’s best fielder. Then, he jokingly said that he, just wants 11 Jadeja in the field, because he thinks that there are catches which, only players like Jadeja can take.

Then he praises MS Dhoni, and said that in the last four years while he was playing for Chennai Super Kings, it was MS Dhoni who has shown much faith in him. He would like to continue, and make sure that he, doesn’t lose the faith in him.

Then he says that, he is working on his skills and would like, to continue and improve on such performances. At last, he says that it’s not always that you will get much wickets, in T20 so it’s important to keep pressure, and bowl dots as much as, possible to the batsman of opposition team.