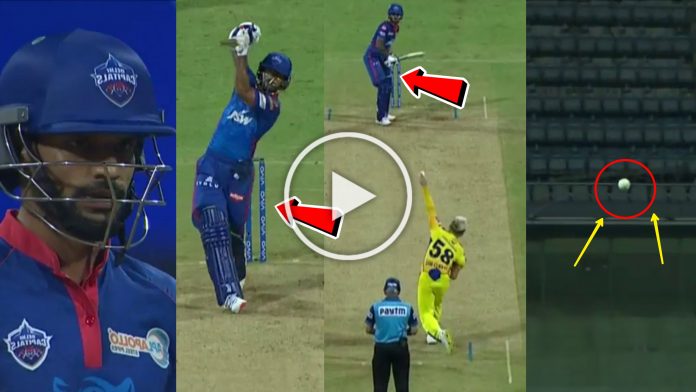 Shikhar Dhawan international career seems to be in doldrums these days. He does not play tests anymore. His batting is considered slow according to the standards of modern day T20.

This is the reason Dhawan was dropped from the recently concluded India and England T20 series, after the first game. The management decided to give chances to younger batsmen who could just whack it out of the park.

Then, it looked as if his T20 career is also over and he would only be reduced to one format. However, Dhawan put all the speculations to rest in the first game of Delhi Capitals.

Shikhar Dhawan played an outstanding knock of 85 in just 54 balls to help Delhi Capitals hammer Chennai Super Kings. Consequently, he was adjudged the man of the match for this wonderful knock. Moreover, Dhawan also hit 10 fours and 2 sixes.

Opening the innings with Shaw, Dhawan started his innings just like him. He smashed a boundary in the first over and from there on, it was just Dhawan’s show. No Chennai bowlers were spared as the leftie went after every one.

Dhawan attacks in his 85!

On the first ball, he jumped down the track and pumped it over mid wicket for a huge six. He celebrated his 50 by taking a single off Thakur in the next over. It took him 35 balls to reach the figure.

In the seventeenth over, Shardul Thakur came to bowl. He was immediately welcomed by two fours off Dhawan in opposite directions. The first one was hit through covers and the second one was lofted over leg side for another four.

However, this over brought the downfall of Dhawan. The south paw tried to shuffle and then swipe Thakur for another four but missed a straight delivery. He was immediately given out as it was as plumb a decision as one would ever get. He might have got out, but not before taking Delhi Capitals on the doorstep of victory.

Watch : Babar Azam dismissed for a duck against a new bowler. Gets trolled...