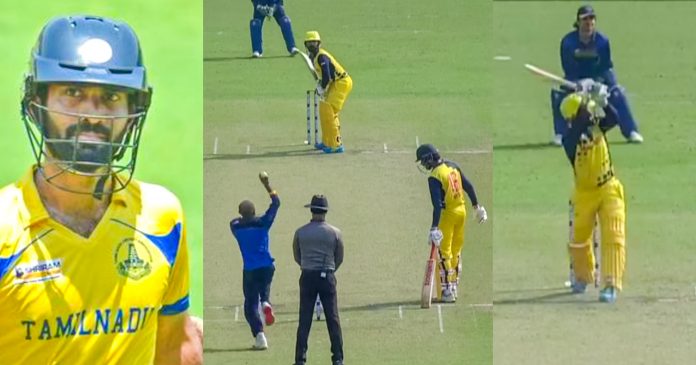 Dinesh Karthik is one of the finest T20 players in Indian cricket. He has played some impressive knocks for India over the years. However, he could not retain his place in the recent series.

But that did not stop Karthik from doing well in domestic cricket. The veteran cricketer was able to make the most out of the opportunity in the ongoing Syed Musthaq Ali Trophy. He went onto a make a belligerent 46 run knock from just 17 balls against Jharkhand. Once again he is proving why he is an important player for Tamil Nadu.

Karthik had a tough time in IPL 2020 as his performances were inconsistent for Kolkata Knight Riders. He also could not lead them to play offs for second consecutive year. Despite all this, Karthik once again hit the headlines for all the right reasons.

He took on bowlers like Shahbaz Nadeem, Monu Singh and Varun Aaron during his innings. In the over against Monu Singh, he hit 6,4,6,6 in consecutive balls to increase scoring rate. His quick fire knock helped Tamil Nadu post an impressive 189 on the board.

In reply, Jharkhand could not sustain the pressure of chasing big total. They succumbed and gave Tamil Nadu an important win in Group B of Syed Musthaq Ali Trophy.

Here are the highlights of Dinesh Karthik’s knock

Meanwhile, the future of Dinesh Karthik at KKR seems to have been decided. The management are willing to release him and put him back in auction.

Despite his performances in IPL 2020, he could not justify the price tag and KKR are probably looking for new players. On the other hand, he also lost his captaincy half way through the IPL tournament.

Kuldeep Yadav looks to be another player that could be available in auction pool this year. Syed Musthaq Ali Trophy proves to provide the right platform for players to showcase their talents. If Karthik can continue this fine form, he will have a plethora of franchises going after him.

Dinesh Karthik has been shuffled between quite a lot of teams over the years. His ability to be a proper T20 batsman coupled with being wicket keeper, has helped him fetch some high bids over the years.

He can also be traded to another franchise before February 4 as per IPL guidelines. The auction for IPL 2021 is expected to take place sometime next month. 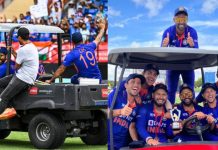 Watch the epic run out in last over that finished the game for Kolkata....

Watch: Tewatia Hits Five Sixes In An Over Against Kings XI Punjab

Watch Rohit Sharma hits a 6 on first ball of the match.