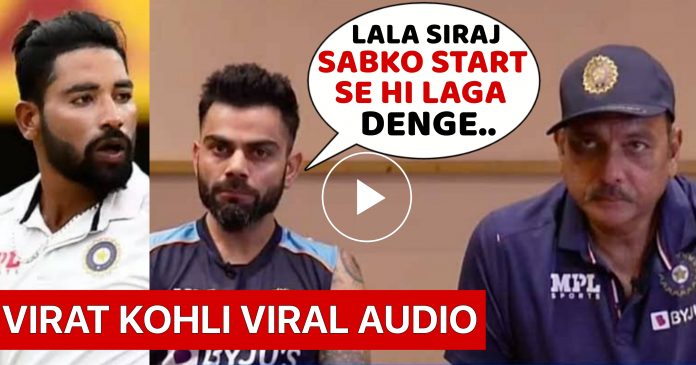 The Indian test team has left for a mega tour of the United Kingdom. This tour will involve two mouth watering contests across two test series. A tour that will extend for 4 months, India will first play the finals of the inaugural World Test Championships. The match will begin from 18th of June and India’s opponents will be New Zealand. Southampton is the venue where the Finals will take place. 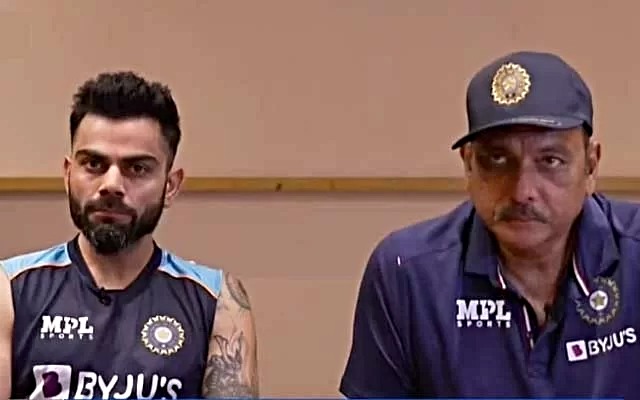 A huge contingent of 24 players plus the support staff will be reaching England on 3rd June. While there are 20 players who are part of the team, 4 players are in the reserved category. This new addition of reserved category is a change in policy of touring teams across the world. Since COVID life and quarantine has become a norm, teams carry extra set of players incase of any injury to their main cricketers. Hence, they can be easily replaced without any risk of Quarantine.

Before the Indian team left for England from Mumbai, there was a press conference held through online or virtual mode. It was attended by the skipper Virat Kohli and Coach Ravi Shastri. The moment of the press conference happened even before it had officially begun.

Virat Kohli and Ravi Shastri were sitting in the conference room and waiting for the live streaming. However, little did they know that the streaming had already started. At that point of time, Kohli was heard saying – “hum inko round the wicket dalwayenge, Left handers hai inpe, Lala, Siraj sabko start se hi laga denge.”

Here, Kohli was mentioning that New Zealand has more left handers in their team. Hence, we(Indian team) would bring in Shami ( Lala) and Siraj straightaway to bowl. Both of them can bring back the ball into the left handers and so, they could prove dangerous.

This particular moment involving Kohli and Shastri instantly became viral on social media platforms. A lot of users and fans have had their say on the incident. Moreover, most of them agreed that they shouldn’t have discussed the team plans in the room but only during the team meeting.

India is likely to play both Jadeja and Ashwin where Jadeja will play the role of an all rounder. Hence, this leaves the space of only 3 fast bowlers in the team. If Kohli actually plays both Shami and Siraj in the team, then Ishant Sharma will miss out. Jasprit Bumrah is the obvious choice for the third pacer since he is India’s best fast bowler across formats.

Whatever be the case, the two teams will lock horns in what seems to be a mouth watering Finals.

Watch Chris Gayle smashes 5 fours in one over