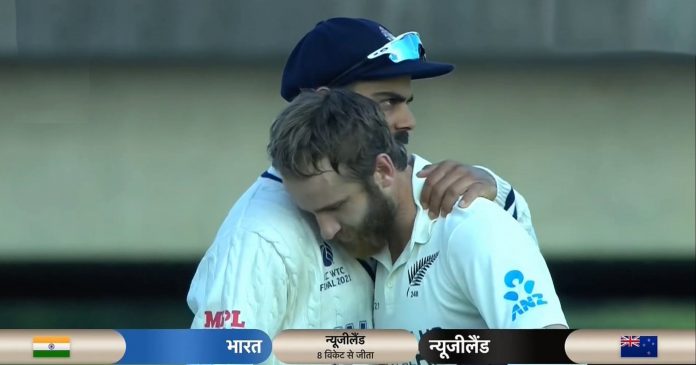 The ICC World Test Championship ended in a heartbreak for India. They lost the match in the final hour of the last session of the test by 8 wickets. Hence, the wait for India to win an ICC trophy keeps getting longer. Meanwhile, this is New Zealand’s first ICC victory in 21 years. The last time they had won an ICC tournament was in 2000. There also they beat India in finals of Champions Trophy. 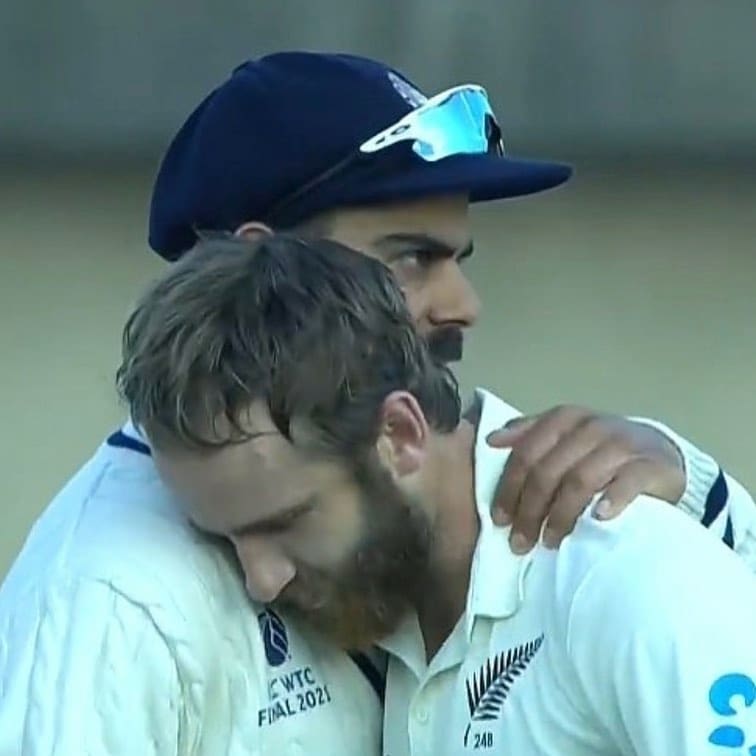 After the match, both the players shook hands with each other and appreciated the efforts. But, the moment of the post match scenes was between Kane Williamson and Virat Kohli. The two hugged each other for long and congratulated one another for brilliant performances which led them to the finals of ICC World Test Championship.

Both were full of praises for each other at the presentation ceremony after the match. First it was Virat Kohli who said :

“First up, big congratulations to Kane and the whole team. They showed great consistency and heart to pull out a result in just over three days, sticking to their processes to put us under pressure. They deserved the win”.

Then, he sang praises for Kyle Jamieson as well who got his wicket both times in the match. “He is a quality cricketer. He hits really good areas with the ball and he’s a gutsy batsman as well. He’s had a great game and thoroughly deserved to be Man of the Match”. Said Kohli !

After that, it was the turn of Kane Williamson who was the winning captain. He said :

“I’d like to thank Virat and the Indian team, they’re an incredible team. We know how much of a challenge as it would be tough to beat them. We saw a lot of heart and commitment to our style of cricket in this game. Moreover we know how strong this Indian side is, in all conditions. It’s not always easy in a final, a one-off Test match, we respect that, and throughout all six days, it ebbed and flowed. Hence, no one really got the upper hand. In the end, it came to the last day which was great for the fans. ”

India’s next assignment will be a 5 test series against England. That series will begin from 4 August.

Watch revenge moment of Rashid Khan. Gets a wicket after conceding 2 fours.