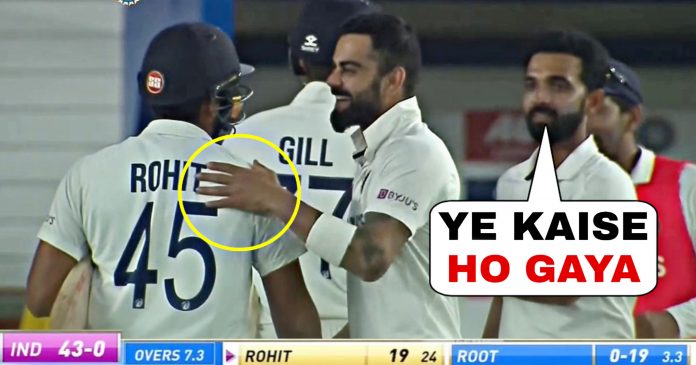 India won the third test which was also a day night game played in Ahmedabad, by 10 wickets. By winning this, they took a 2-1 lead in the 4 match series. Rohit Sharma remained unbeaten for 25 runs while Gill was not out at the score of 15 runs when India went past the victory score.

Axar Patel was adjudged man of the match for his 10 for, also his career best performance. Ashwin achieved the record milestone of 400 test wickets. 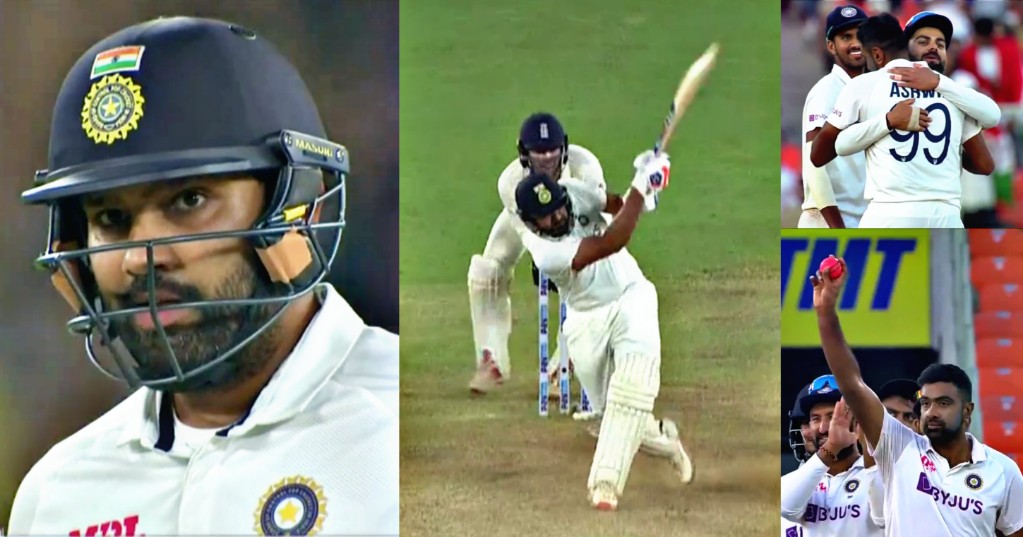 One such incident, however which caught everyone’s eye happened after the match. After India had coasted to victory by 10 wickets. Both teams were shaking hands and completing the post match formalities.

Both the openers were seen chatting with English players. After this, Rohit went to meet his own team mates. Here, the first man to greet Sharma was none other than the Indian skipper, Virat Kohli.

Kohli moved forward, extended his hands towards Rohit with a beaming smile. The opener too gradually obliged by shaking his hands with his skipper. It was a picture perfect moment for Indian team fans.

This particular scene is considered good for Indian cricket because according to few media reports, there is some sort of rift between the two Indian batting stalwarts.

Both of them have categorically denied this but still the fans want their more pictures and videos together. Both of them always give hope to the Indian fans and supporters.

You can watch this moment in this video as both can be seen shaking hands with each other!