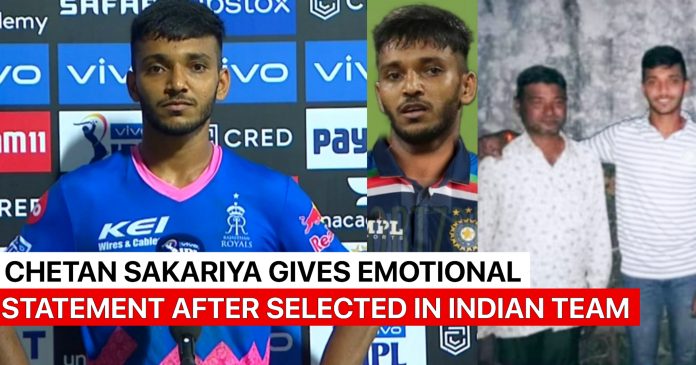 Chetan Sakariya was the find of Indian Premier League 2021. The left arm seamer from Gujarat performed admirably well in the league which had to be truncated due to COVID. Sakariya was bought by Rajasthan Royals in the auction for a huge price of 1.2 crores. For an uncapped Indian player, this was a huge amount. However, Sakariya did not allow the pressure of huge price tag to affect his performance. 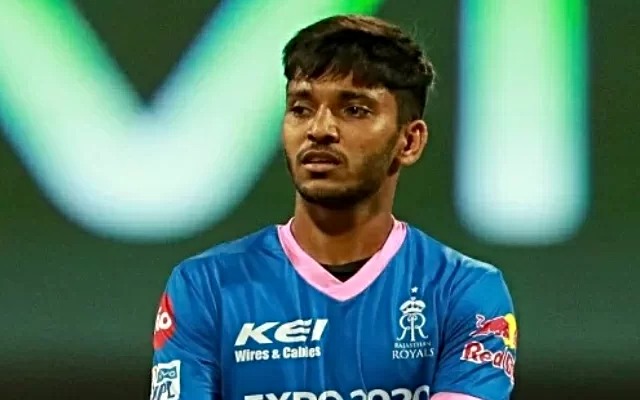 In 7 matches of the IPL, he picked up 7 wickets. That came at an average of 31.7 and an economy of 8.22. However, the numbers may not do justice to his performances as he bowled both with the new ball and then at the death. Both are considered the two most difficult phases for a bowler in T20 format. Moreover, the wickets he took were of batsmen like MS Dhoni and Suresh Raina.

The selectors acknowledged his display in the IPL and rewarded him with a place in the Indian team. He has been selected for the tour of Sri Lanka in which India will play 3 ODIs and 3 T20s. The Indian team which will play against the Island nation is going to be second string team since almost all the first choice players would be busy in England in July, when the Sri Lanka tour is scheduled.

After getting selected in the Indian team, the seamer Chetan Sakariya, who represents Saurashtra in Ranji trophy got emotional. Only last month he had lost his father to COVID, just after the IPL got postponed. Hence, Sakariya could not control his emotions and said – “I wish my father had been here to see this. He wanted me to play for India. I miss him a lot today. God has made me see ups and downs in a span of one year. It has been a very emotional ride so far.” ( as told to Indian Express)

His father Kanjibhai played a huge role in shaping up his career as a cricket player. Hence, came the tribute to his father on receiving the maiden call-up to Indian team. However, Sakariya did not stop here and further added :

“I lost my younger brother and a month later I got a big IPL contract. Also, I lost my father last month, and god has handed me an India call-up. I was in the hospital for seven days when my father was battling for his life. This is an irreplaceable void. This one is for my late father and for my mother, who allowed me to continue with my cricket.”

Lost his family members but not the spirit!

Just before his inclusion in the Rajasthan team for IPL, Sakariya had to undergo one more personal tragedy. He lost his brother when he committed suicide. Hence, the last few months for the bowler has been bitter sweet and nothing short of a roller-coaster ride.

Also, he has few things to say about what the future holds as an Indian player. The southpaw seamer says :

“The way people were talking about me after the IPL, I was thinking that now at least I have a chance to be a net bowler for the Indian team. I never expected that I will straightaway be picked in the main squad for Sri Lanka. Now it has happened, I will give my best.”

It will be a great audition for Chetan Sakariya in absence of senior pacers to try and solidy his place in the Indian team.

The Indian team is expected to reach Sri Lanka on 5 July.

Watch: Virat Kohli Gets Into Heated Argument With Umpire After DRS Call