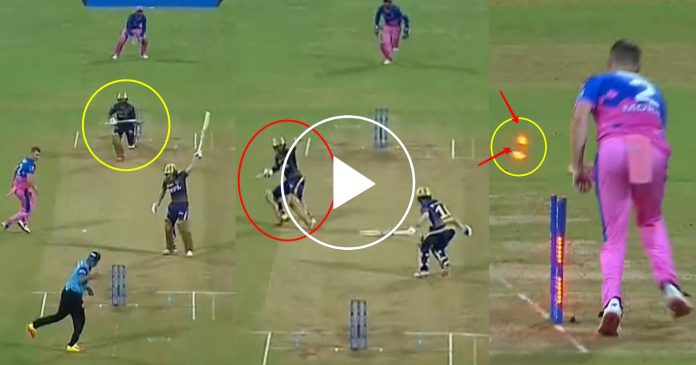 Rajasthan Royals have put on a brilliant bowling display to, stop the powerful Kolkata batting to just 133-9 in the allotted 20 overs. After winning the toss, Rajasthan sent Kolkata to bat first. The decision of bowling was soon proved to be a good one as, the bowlers of Rajasthan choked the batting of Kolkata. 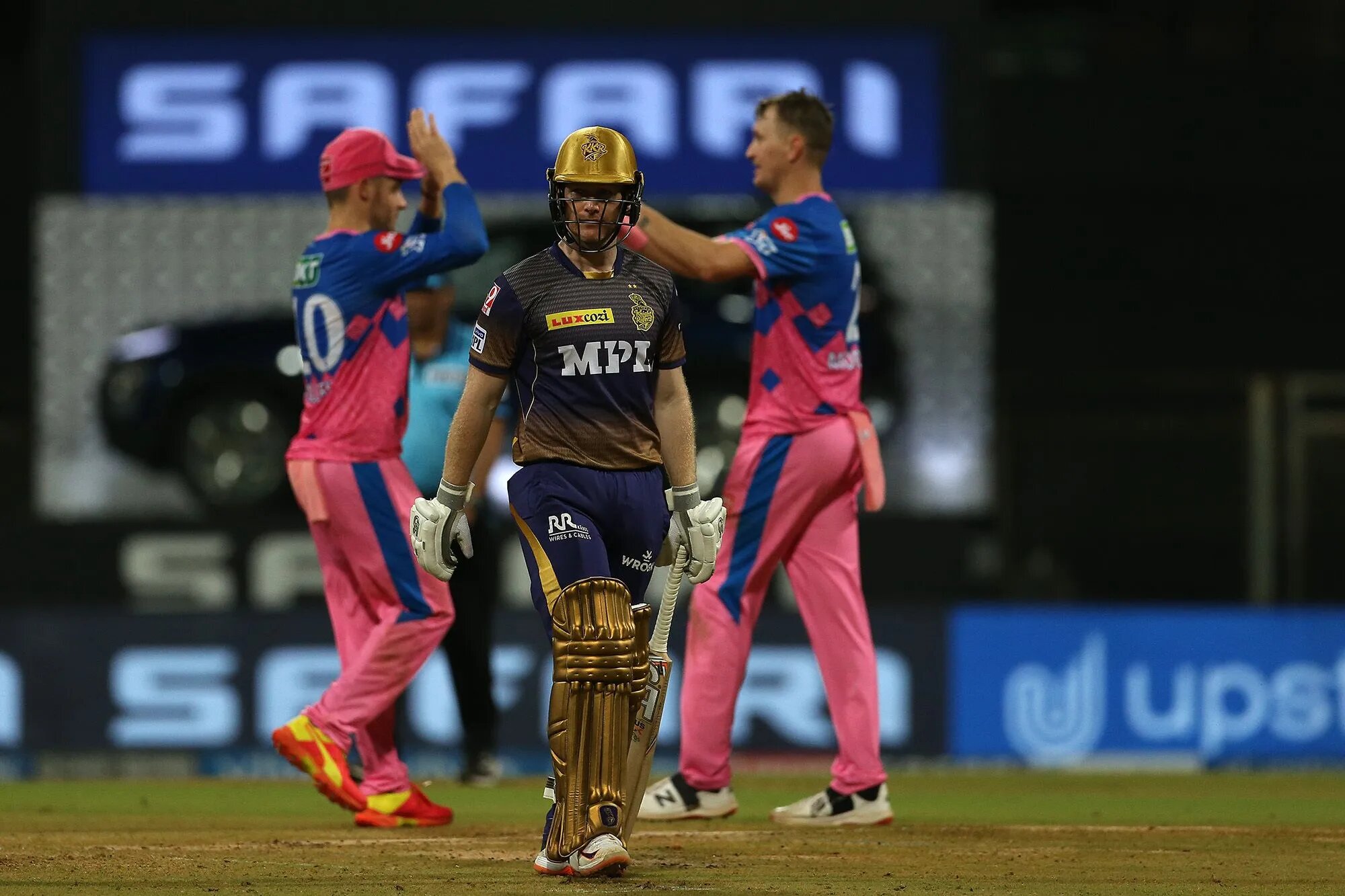 The batting powerplay ended with Kolkata, just reaching 25 runs for the loss of 1 wicket in 6 overs. Both the openers were tied by the skillful bowling of Rajasthan, as they could not find a way to score runs.

Shubhman Gill was the first one to go as, he was brilliantly run out by Jos Buttler. Gill had an off day and made just 11 runs in 19 balls. The next one to go was other opener, Nitish Rana. It was the ninth over of the innings. The bowler was Chetan Sakariya and on the first ball of the over, Rana decided to make some room.

He tried to hit a four, but the ball bounced more than expected, and thus he edged it to the wicket keeper. Samson did not miss out and he, took an easy catch to dismiss Rana.

Sunil Narine was sent in at number 4, as a pinch hitter. However, the ploy to send Narine did not work as he too, was dismissed in the 10th over. The bowler was Jaydev Unadkat and he bowled, a short ball to the batsman. Narine tried to hook it, but had a poor timing. The ball, took the edge only to go up in the air.

The fielder from square leg ran in to catch the ball. Then, he dived forward to take it inches of the ground. It was an amazing catch as Kolkata, lost their third wicket.

However, the moment of the match came when Morgan, the skipper of Kolkata was dismissed.  Chris Morris was bowling and Rahul Tripathi was at the crease. He hit a straight drive but the ball, hit the bat of Morgan and went to Morris. Seeing this, both the batsmen decided to run.

However, in the mid way Tripathi pulled out, as Morgan was left stranded mid pitch. Morris then, ran and threw down the stumps at non strikers end, as Morgan was run out for a diamond duck. It was an unfortunate way of dismissal for Morgan.