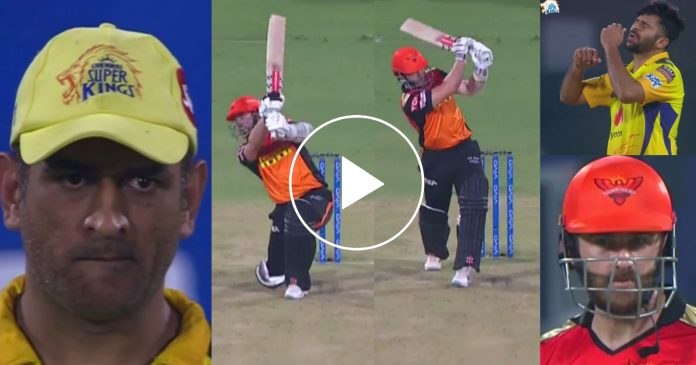 The 18th over of the Hyderabad innings was full of eventful incidents. The over fetched 11 runs for the Sunrisers but then, they lost 2 wickets as well. This over was bowled by Lungi Ngidi and the batsmen on the crease were David Warner and Manish Pandey. The duo had added 105 runs for the second wicket and were looking to score quick runs as slog overs were about to begin. 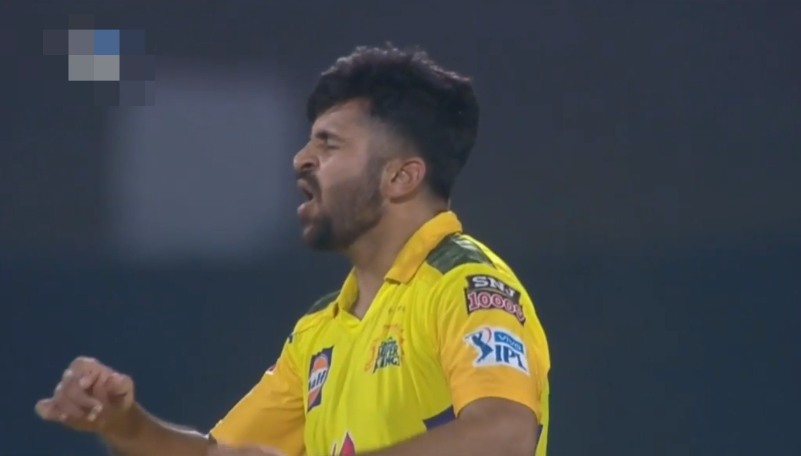 Warner was batting too slowly for his liking. He could not time the ball like he does and so, as the slog overs approached, he was under a lot of pressure. Hence, he was looking to improve his strike rate and run rate of the team.

The first ball was a wide by the bowler on the off side. Warner looked to advance to the bowler, that messed his line and length.

Hence, Ngidi ran in to bowl again. It was again a very full ball as Warner tried to loft it over sweeper covers for a boundary. However, the timing was poor as the batsman had to stretch himself to get under the ball. Hence, the ball could only go as far as extra cover where Ravindra Jadeja took the catch, without any problems.

The second ball was a low full toss. Manish Pandey whacked it into the leg side, but only for a single.

Third ball of the over was a short ball as Williamson guided in towards point for a single.

Fourth ball of the over was belted by Pandey, through long off for a much needed four. It was a low full toss and the batsman took full toll of it.

Then, Ngidi had his revenge the next ball. It was another full length ball and Pandey smashed it again. But this time, Faf Du Plessis interfered in the direction of the ball to take a wonderful catch. He dived full length at long on to catch the ball with his both hands.

Last ball of the over was again a four. It was in the slot on off stump. Williamson came on the front foot and whacked the ball over mid off for a four. That was a supreme shot by one of the best batsman in world cricket.

Watch the eventful over, here: