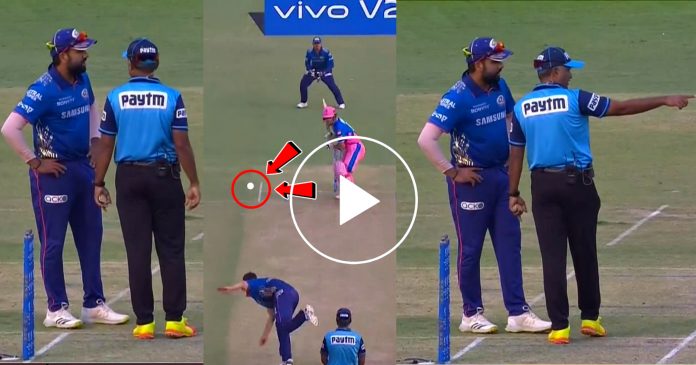 Rajasthan Royals scored 171-4 in their 20 overs. They could have scored much more but eventually missed out due to accurate death overs bowling by Bumrah and Coulter Nile. Jasprit Bumrah showed his world class skill at the death overs again by giving just 4 runs in the 19th over. He finished his quota with 4-0-15-1, which was nothing short of gold. 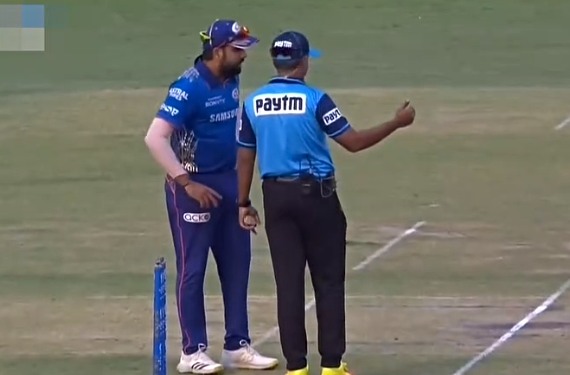 First ball of the over was outside off as Parag tried to slam it over covers. Instead, the ball took the inside edge and ran away through fine leg for a four.

The second ball of the over was a slower one from Coulter Nile. Parag tried to scoop it over fine leg, but the slower delivery meant that he was beaten. The ball turned out to be a dot.

Following ball of the over was yet another dot. It was a quick length ball and the batsman wanted to whack it in to the leg side. However, the timing was awry and so, there was only an inside edge that went to the wicket keeperWatch exciting final over of Rajasthan innings. The umpire does not give a wide ball!.

Wide ball that was not given!

A slower ball came up on the fourth ball. Parag again tried to bash it, but got only some part of the bat as the ball just missed a leaping Rohit at extra cover. This time, they took two runs.

Fifth ball of the over was quite interesting. In an attempt to ball a slower delivery, Coulter Nile bowled a delivery that was too wide. However, the umpire gave it a no ball! The reason fir this was that Coulter’s Nile foot was outside the crease when he delivered the ball. So, according to the rules, it was a no ball and a free hit followed.

But, the free hit was not of any use for the batsman as he got bowled on it. Hence, he could take only a single on it.

The last ball of the over was a much needed four. It was a full toss and Miller bashed it straight, as an arrow to finish the innings with a boundary.