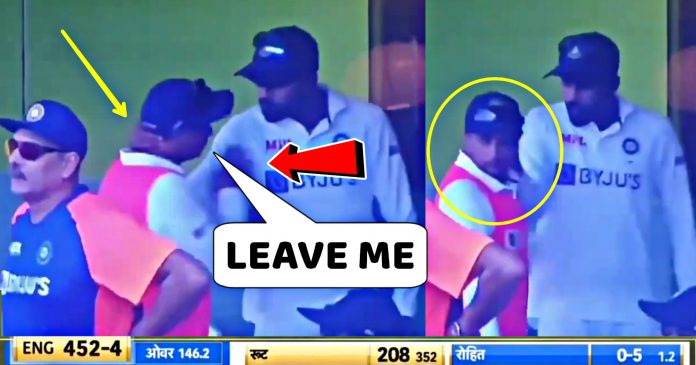 Indian cricketers Kuldeep Yadav and Mohammed Siraj were seen in a minor bust up. The visuals have emerged during the second day’s play. Siraj was seen grabbing Kuldeep by the neck and the video has been making rounds in social media ever since.

Both Mohammed Siraj and Kuldeep Yadav have failed to make into the team. They were on the bench for the ongoing Chennai test. Although, many analysts believed Kuldeep Yadav would play in Chennai, Virat Kohli chose otherwise.

The Indian team management have decided to play Shahbaz Nadeem for only his second test cap. On the other hand, Mohammed Siraj missed out despite a brilliant showing in Australia.

He finished the tour as the highest wicket taker for India. But comeback veteran bowler Ishant Sharma was given a nod ahead. This decision also raised few eyebrows but Ishant managed to stage a comeback on second day to silence some of the doubters.

Coming to the incident, Siraj had a strong grip on Kuldeep as he grabbed him by the neck. It is too easy to draw conclusions but it could be a bust up or a minor comical thing between the players which was spotted by the cameras.

India managed to make a comeback into the test match after getting dominated by England batsmen for almost five sessions. Indian bowlers managed to pick up four wickets in the last session to stop the run flow.

Joe Root was the pick of the England players as he continued his purple patch. The English skipper scored a double hundred on second day and posted the highest score by an overseas player at Chepauk.

He got good support from Ben Stokes as the pair dominated the proceedings at the start of the second day. However, Indian bowlers will be visibly happy with their efforts compared to yesterday.

The pitch has little to no support for bowlers so far. However, during the closing stages of play, it did play some tricks. It will be interesting to see if England bowlers can get something out of this flat wicket. The onus is on Indian batsmen to at least save this match with a massive batting contribution.