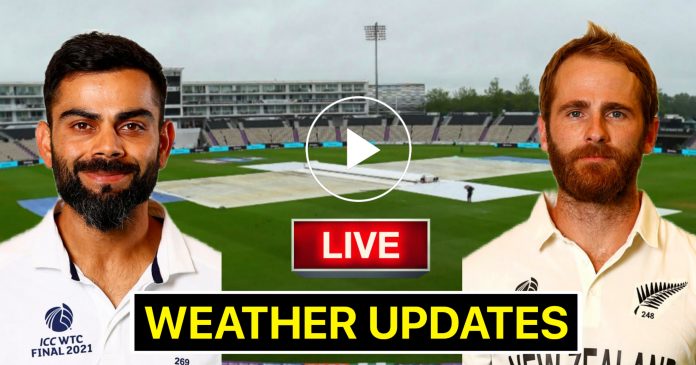 The much awaited world test championship between India and New Zealand at Southampton has been affected by rain. As the weather predicted for the match, it rained continously since morning. Hence, the toss was delayed and the first session of the inaugural world test championship final was washed out. Moreover, the forecast for the rest of the day isn’t great either. Like a typical English weather, it is expected that there is a recurring chance of rain all day along. If this happens, the whole first day of this historic test match could be washed out. 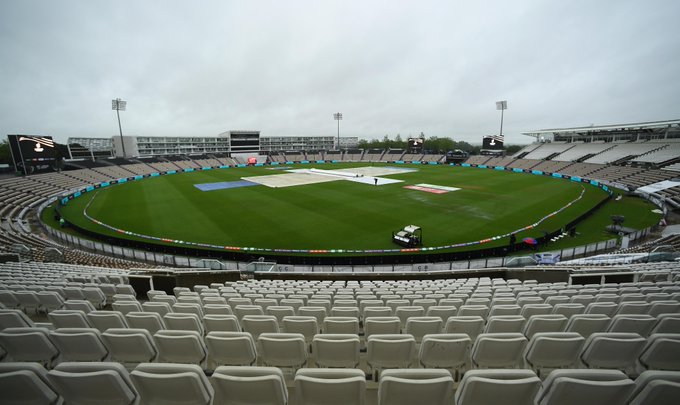 However, the saving grace for this one off test between the two sides is that it has a reserve day. A reserve day would come into use to cover the overs lost due to bad weather. Hence, with the first session now called off, it is certain that the reserve day might be called into play.

No Play in morning session!

Earlier, fans were hoping to see a mouth watering clash between the two sides. Both teams are the top two teams of the world. While New Zealand is ranked number 1, India is at second position behind Kiwis. A clash for the title between these two teams was justified on the basis of rankings as well. However, rain looks to play a spoilsport in the marquee face off between the finalists. A match which would give test cricket its first ever World Champion since its inception in 1877.

On the eve of the match, India had declared their playing 11 for the finals. There was no surprises in the Indian team as they went with a combination of 5 batsmen and 5 bowlers each with Rishabh Pant being the wicket keeper. Also, a lot of people speculated that Ishant Sharma might be dropped for Mohammad Siraj, since Siraj is in a great run of form. However, Ishant was persisted with team management for his experience that now stands at more than 100 tests and close to 14 years.

With the toss now pushed back in the second session, fans would hope that rain stops and gives way for a clear weather in post lunch session.

The toss has been delayed and there will be no play in the opening session. #WTC21 Final | #INDvNZ pic.twitter.com/9IAnIc56jQ

Watch : ICC declares India vs Australia as the ultimate test series. A series...