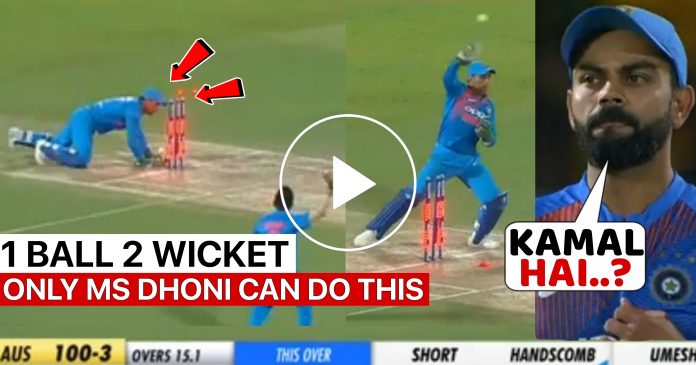 Cricket can be quite a funny sport at times. Sometimes there are moments in the game when weird things happen. By weird, we mean the things which doesn’t happens everyday on the cricket field. In this post, we shall take a look at a similar moment. Moreover, it involves the former Indian captain MS Dhoni. 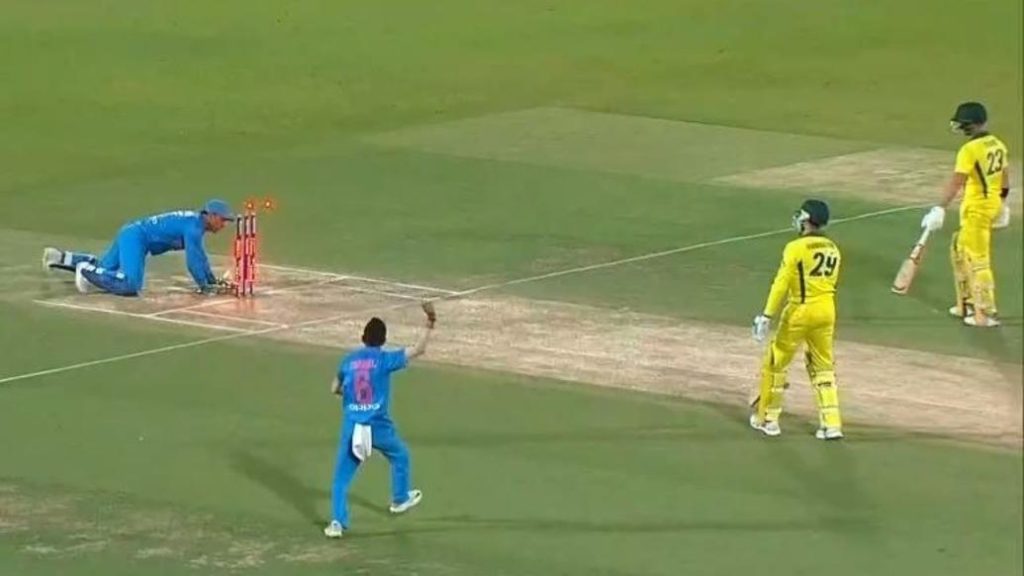 This match was between India and Australia and the Indian team was hosting it. Australia were chasing as Umesh Yadav came to bowl. The Aussie batsman flicks the delivery to the fine leg area and they try to sneak in a brace. However, the fielder at the fine leg was too alert and he came charging at the ball.

Seeing the fielder coming towards the ball, the Australian batsmen got confused about taking the double. But, the problem here was that they had already decided to take a brace just after playing the shot. In the end, it was one massive misunderstanding as both batsmen virtually ended up at the same crease, at the strikers end.

The fielder at the fine leg calmly threw the ball to wicket keeper MS Dhoni who dived forward and whipped the bails. However, there was a doubt as one of the Aussie batsman too tried to dive and make it inside the crease. Dhoni saw this, got up quickly and lobbed the ball to Umesh Yadav, who was the man standing at non strikers end.

Yadav collected the ball and took off the bails instantly. Hence, the Indians were making sure that at least one of the Aussie batsmen would definitely be dismissed. The funny thing here was that both the batsmen tried desperately to reach the crease and become safe. Weird moment was when the bails at both strikers and non strikers end were taken off and still it wasn’t confirmed that who was the actual batsman who got dismissed amongst the two.

Whatever be the case, one thing was sure that India had got a wicket in weird circumstances. It happened thanks to some mindless running by the Aussies. Moreover, the involvement of Dhoni in it made it a moment to remember for the Indian fans.