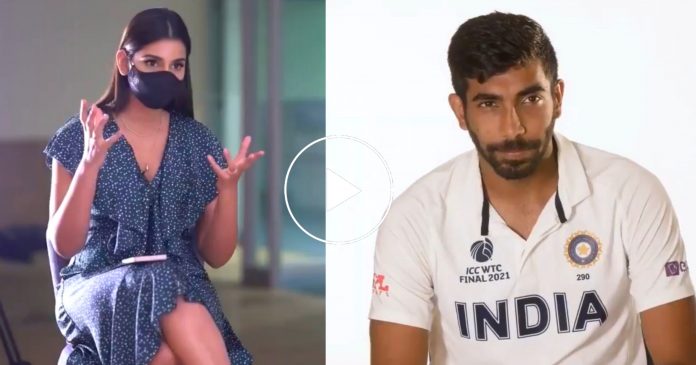 Indian team is all set to play the finals of World Test Championship. The final begins tomorrow at the Ageas Bowl, Southampton at 3:30 IST. India’s opponents in the marquee clash will be New Zealand who are in a great run of form. Accordingly, they have defeated hosts England by 1-0 to win the 2 match test series. Hence, fans can expect a mouth watering clash between the two finalists and a match worthy of a final. 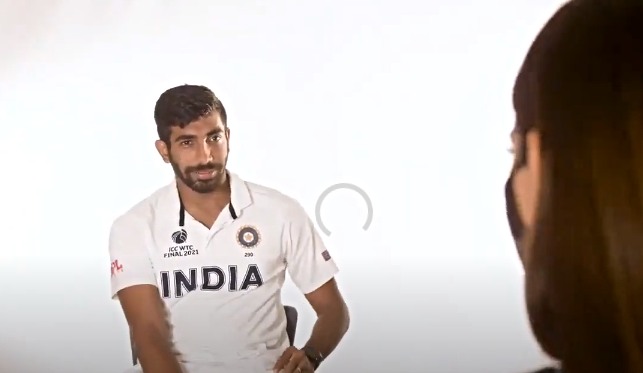 For the Indian team, Jasprit Bumrah is one of the few players who is a certain starter in the playing 11 vs New Zealand. The Indian pace spearhead will have to play a decisive role if India are to win the inaugural World Test Championship. Amidst all these, Jasprit Bumrah gave an interview just ahead of the finals. That interview was about Bumrah’s professional and personal life.

On a funny note, the interview was taken by Sanjana Ganesan. Professionally, she is a host for Star network which is the broadcasting channel of finals. Also, she happens to be wife of Jasprit Bumrah in personal life. The duo married just a couple of months ago. Hence, the interview between them was bound to generate interest of fans of Indian team.

The first question to Bumrah was a picture of him holding the Border – Gavaskar trophy. That picture was from Gabba when India won a historic test series in Australia with a second string team. He was asked about what he felt while holding the trophy. Consequently, Bumrah replies that it was a great feeling to win the test series in Australia twice in a row. That too, when most of India’s first choice players were missing.

Second picture of Bumrah was of him holding a guitar. The fast bowler said that it was from 2014 and he was trying to learn how to play guitar. Moreover, it was her sister’s guitar and he is still in the process of learning the musical instrument.

One more picture of the right arm pacer came in which he can be seen bowling out a batsman. Bumrah says that it was a club level match and he delivered a Yorker to the batsman as he failed to defend and was cleaned up.

More pictures came from Bumrah’s personal Instagram account which were related to his childhood and marriage. To almost all the questions, Bumrah replied in funny and casual way even as his wife Sanjana Ganesan maintained her professionalism. The interview was a treat for fans of Indian team and Jasprit Bumrah.