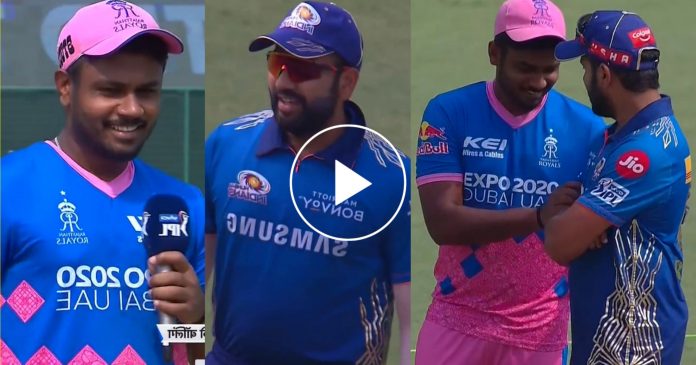 Today is a double header day in the Indian Premier League. The first match is between Mumbai Indians and Rajasthan Royals, played at Delhi. The captain of Mumbai Indians, Rohit Sharma won the toss and elected to field first. They have made one change to their playing eleven. Ishan Kishan, who has been struggling for runs, is out and in comes Nathan Coulter Nile. 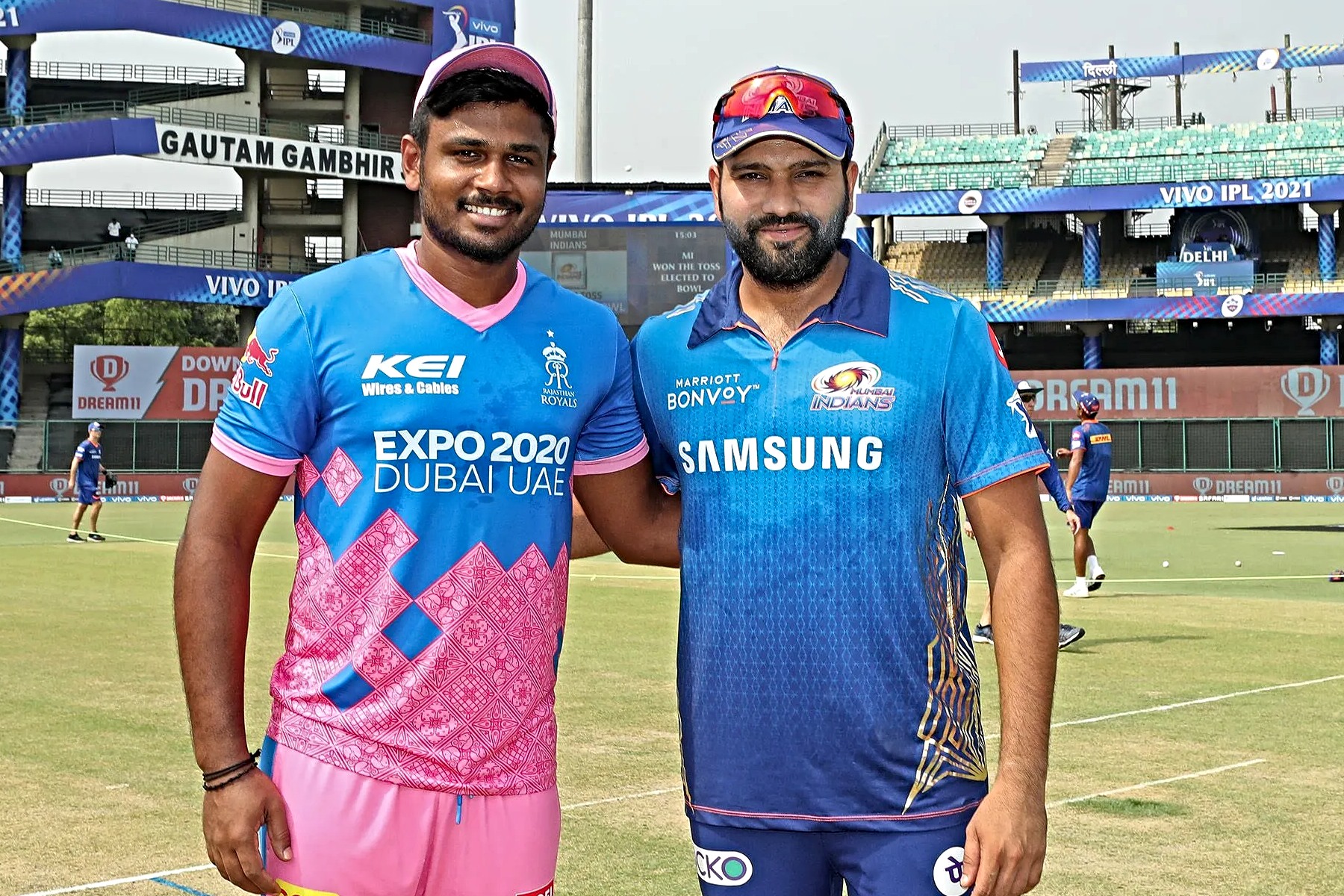 There are no any changes in their team for Rajasthan Royals. They are going with the same eleven that played the last game.

In between this, a funny moment happened at the toss. Both the captains, Rohit Sharma and Sanju Samson were waiting for the toss. Both were in conversation with each other when suddenly, Sanju Samson put his hands on the biceps of Rohit and started to check it in a playful way. Then, both of them laughed at that incident.

Being put into bat first, the openers of Rajasthan Royals, Jos Buttler and Yashasvi Jaiswal came out to bat. The first ball for Mumbai Indians was bowled by Trent Boult. It was a harmless delivery on the pads of Buttler and he played it fine for a first ball four. After that, Boult came back strongly. He bowled three brilliant deliveries in the next 5 balls as Buttler was hit on the pads, was beaten for outside edge. Also, the last ball took an inside edge and almost crashed into the stumps of Buttler.

Moreover, both the teams are at 4 points each in the competition. They have won 2 games out of five matches they have played. Rajasthan Royals won the last game against against Kolkata Knight Riders by 6 wickets. Mumbai Indians on the other hand, are coming off a loss against Punjab Kings. They lost by 9 wickets. Also, the Mumbai Indians are coming after a break of 6 days, so they would be feeling fresh for the game. Or also, they could be a bit rusty, if one could see from a different lens.

Moreover, Rajasthan Royals have a great record against Mumbai Indians which they would like to continue.

Watch the funny moment of the toss here: