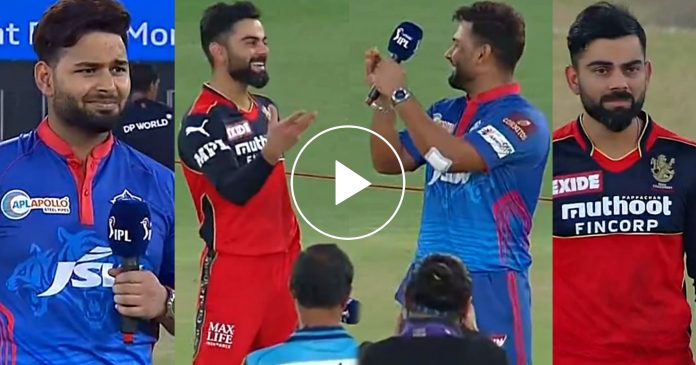 Royal Challengers Bangalore and Delhi Capitals are facing each other in Ahmedabad, tonight. Both the teams have done well in this edition of Indian Premier League. Moreover, it is proved by their positions in the table. Delhi Capitals are placed second on the points table, while Royal Challengers Bangalore are at the third position in the same table.

Both the teams have won 4 games each out of 5, but Delhi is ahead by the virtue of net run rate. 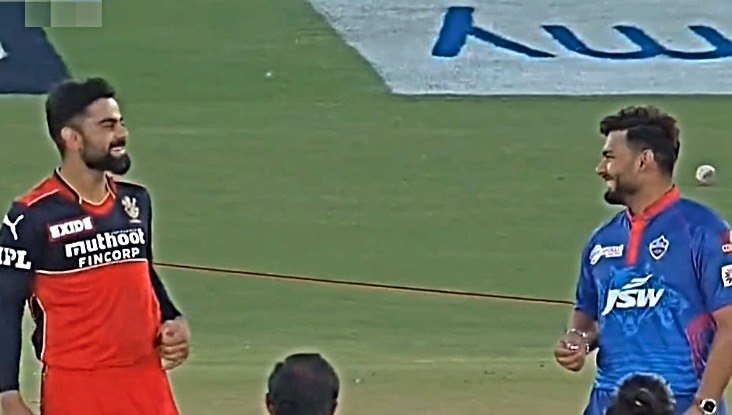 Here, the skipper of Delhi Capitals won the toss and elected to field first. He said that the wicket is dry and so they would like to make use of the conditions first. Also, there will be dew later on and hence, they would like to take advantage of that too.

The only change for Delhi is that they are playing Ishant Sharma, ahead of Ravichandran Ashwin. As everyone knows, Ashwin has pulled out of IPL, to spend some time with his family, as they face the pandemic at home.

Funny moment at the toss

For Bangalore, Navdeep Saini is out and Rajat Patidar is in. Also, Daniel Sams has replaced Dan Christian. Moreover, the star player of Royal Challengers, AB De Villiers is on the verge of making a record in the IPL. He needs just 22 runs in the match to score 5000 runs in his IPL career. He is one of the few overseas players, who has played in the tournament every time, since its inception back in 2008.

Also, there was a funny moment at the toss. It happened at the toss, when the captains of their respective teams, Virat Kohli and Rishabh Pant were present there. Just before the toss happened, Kohli and Pant were seen talking. Then, suddenly Kohli gestured that, how he would like to flip the coin for the toss.

Pant saw this and started giggling while clapping. Kohli too started to laugh at the moment as Pant said something to Kohli and he nodded in  affirmative. It was a funny moment as both the players were laughing at the same time.

Watch the video of the toss moment and funny incident here: