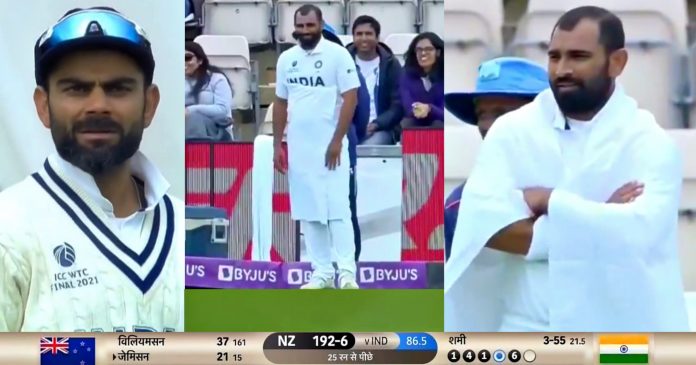 Mohammad Shami last played a test match in December 2020. Even in that test, he did not come out unscathed. His left hand was fractured after a rising delivery hit him. Hence, Shami was out of cricket for 4 months. He made an impressive come back to the cricket field when he bowled nicely in the IPL for Punjab Kings. 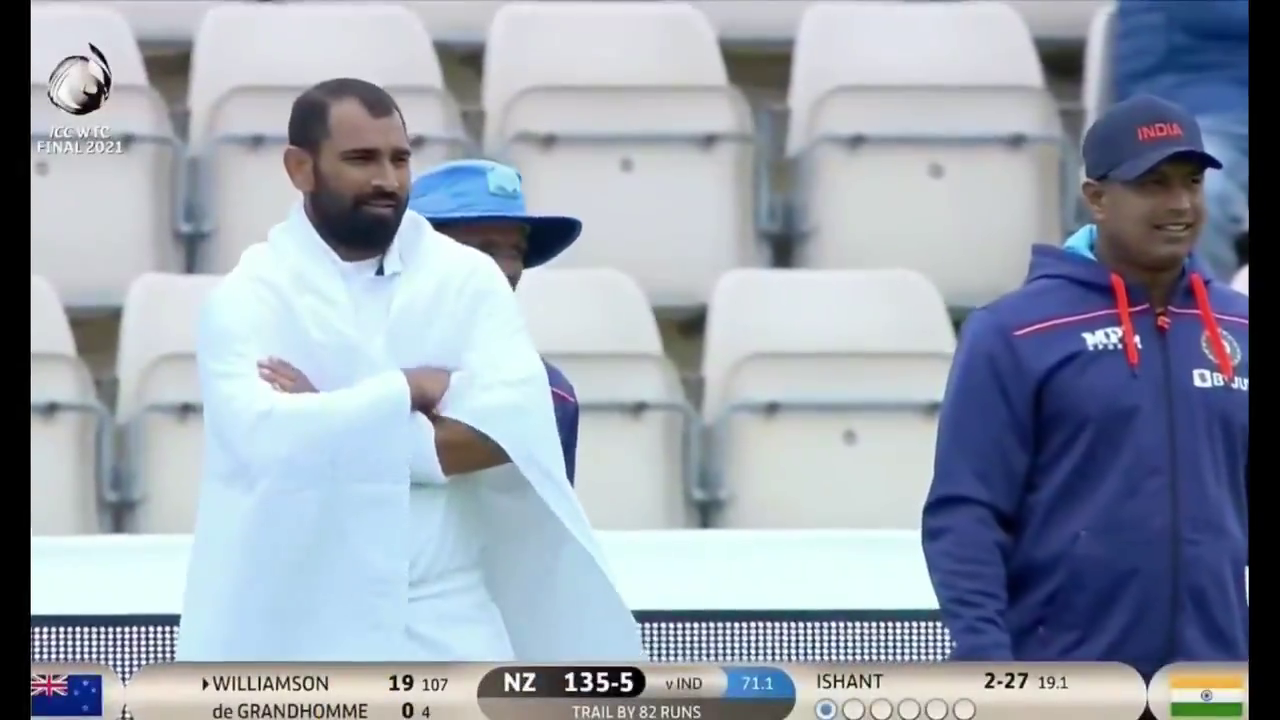 Bowling again in a test match after so long, Shami did not waste any time in finding the required line and length to succeed. In the ongoing Southampton test, the right handed pacer was the pick of the bowler for India as he took 4 wickets. Moreover, his effort helped India make a come back in the all important test as they restricted New Zealand to a score of just 249 runs.

Funny act by the pacer!

The first wicket which Shami took was of Ross Taylor. He was caught in the covers on a delivery of India’s paceman. BJ Watling proved to be the next victim of Shami when he was clean bowled by a terrific delivery from the right arm pacer. Colin De Grandhomme became the third wicket for Shami. He was found in front of the wicket by a vicious seaming delivery and was instantly given LBW by the umpire.

Shami’s last wicket was of Kyle Jamieson who was looking dangerous in the middle. The 6’8 tall player was looking to play aggressive innings and had just hit Shami for a thumping six. However, Shami had the last laugh when he bowled a bouncer to Jamieson who tried to hook it. However, he could only mistime it and was taken by Bumrah in the deep.

Amidst the 4 wickets by Shami, he became viral on social media for one more thing. It was a picture of him wrapped in a towel. The incident happened just before lunch as Shami was warming up for another over. Whether he did to protect himself from cold or he did that just to enjoy the atmosphere, it is for the fans to discuss. What mattered was that it was quite an interesting scene and an amusing one as well.

Watch the clip of Shami in a towel: