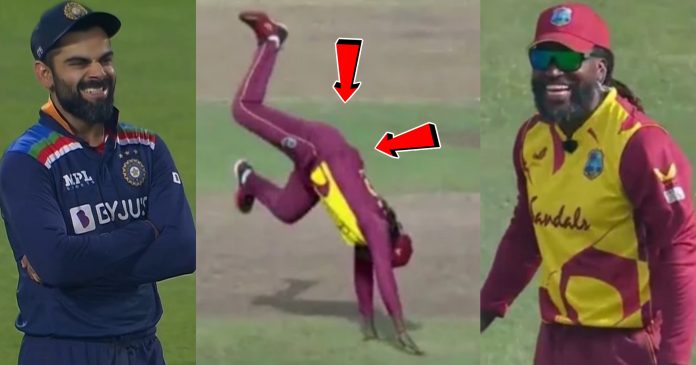 South Africa and West Indies are facing off in a T20 series of 5 matches. It is turning out to be an enthralling series as both teams are locked at 2-2 after 4 matches. With just one more match to go, it will be winner takes all clash between the two. The team which wins the last game of the series will win the series.

The fourth match of the series was played at National Cricket Stadium in Grenada. The tourists won the toss and elected to field first. It appeared that the decision to bowl first was correct as West Indies had a poor start to their innings. They were soon reduced to 101-6 in 15.3 overs. Hence the hosts were in danger of getting bowled out for a low score.

Then it was the captain of West Indies Kieron Pollard who came to the party. He blasted 51 runs in just 25 balls with the help of 5 colossal sixes. Pollard was supported ably by Fabian Allen who made an unbeaten 19 in 13 balls. Together, the duo added 66 runs in just 27 balls. Consequently West Indies finished with a score of 167-6 in 20 overs.

In reply South Africa too had a poor start. They lost their first wicket at score of 8 runs as opener Reeza Hendricks was stumped by wicket keeper Pooran off Gayle. Quinton De Kock played a masterful innings of 60 in 43 balls but that did not prove to be enough. The Proteas kept losing wickets regularly and in the end, they could only manage 146-9 in 20 overs.

For the West Indies Dwayne Bravo was the pick of the bowlers as he took 4 wickets for 19 runs in 4 overs.

However, there was one moment in the match that has gone viral when West Indies were fielding. That moment is related to none other than Mr ‘Universe Boss’ Chris Gayle. The most dangerous T20 batsman of all Gayle could not do much while batting as he made just 5 runs in 8 balls. But he compensated his off day with the bat by taking a wicket in his 2 overs while giving away just 11 runs.

After that the 41 year old Gayle was seen doing a cart wheeling stunt on the ground with his cap on. It was a hilarious moment by the Universe Boss. Moreover having the audacity to do a cartwheel at 41 years of age is no less achievement. As soo as the official Windies Instagram handle posted this video, it quickly became viral and fans loved it.