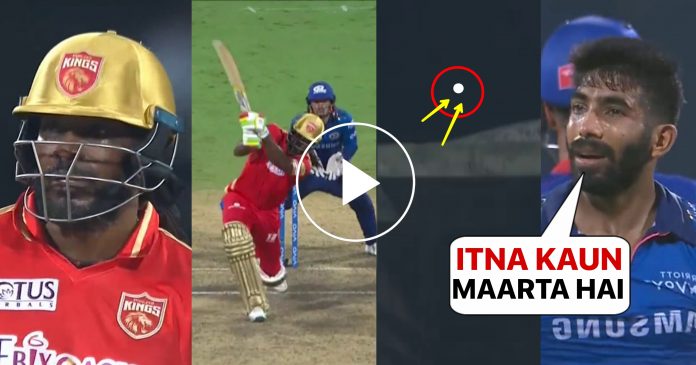 Punjab Kings have defeated Mumbai Indians, by a thumping margin of 9 wickets and 14 balls remaining. It was pretty much, a one sided victory for the Punjab Kings as, opener and skipper KL Rahul made 60 runs, and was unbeaten till the end. That included 3 fours and 3 sixes. 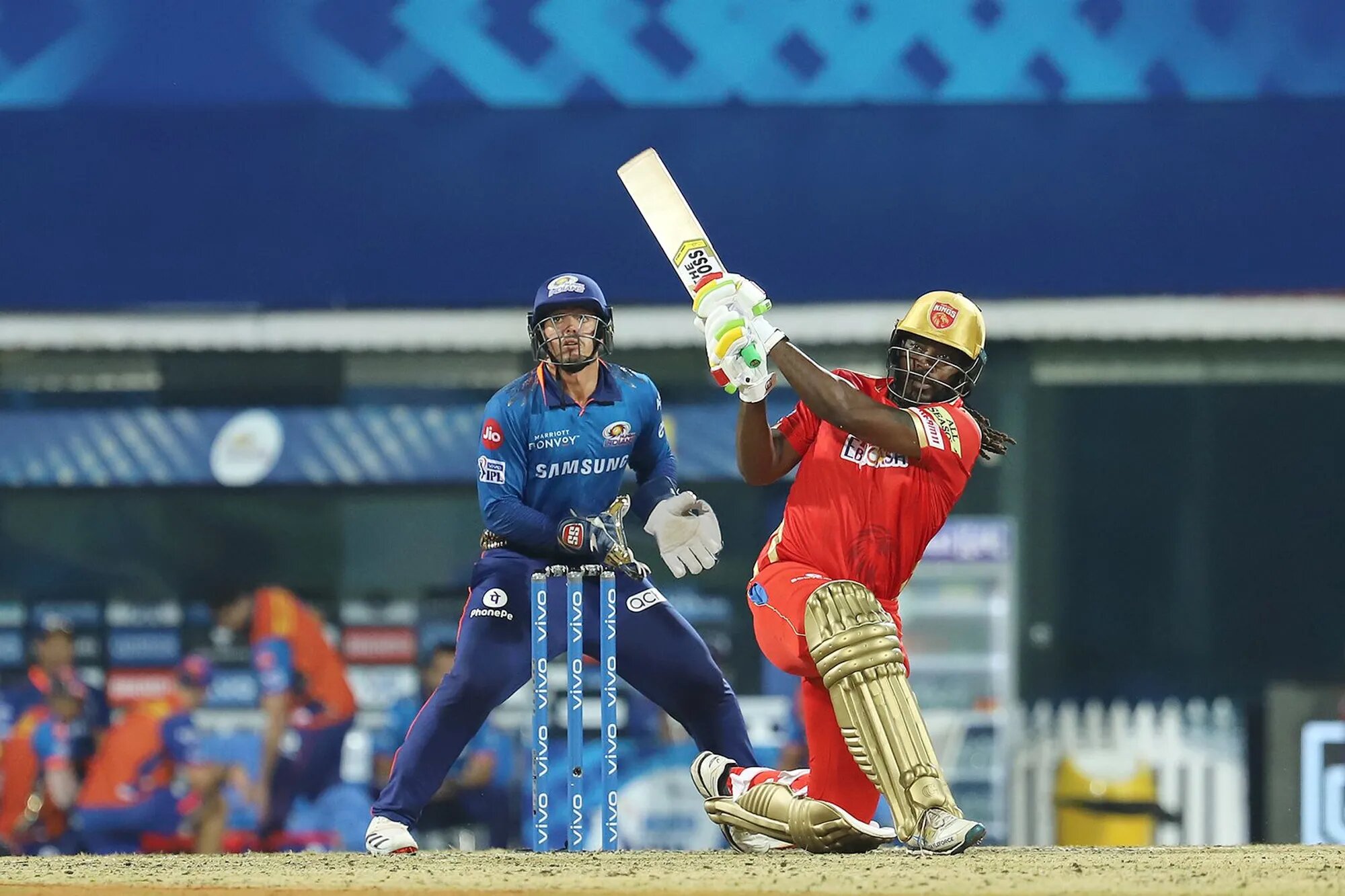 Meanwhile, the number three Chris Gayle, remained unbeaten at 43 of 35 balls. It contained five fours and two typical Gayle’s style huge sixes. The other opener, Mayank Agarwal made 25 in 20 balls and he hit four fours and a six. The only wicket, to fall of Punjab was of, Mayank Agarwal as he was caught by Surya Kumar Yadav on the delivery of Rahul Chahar.

Chris Gayle came to bat, at number 3. He, started his innings really slowly, and had made just three runs, in his first 12 deliveries. Then, finally he got a boundary on his 13th delivery. It was bowled by Rahul Chahar, as a short and a leg sidish delivery. Gayle duly  smashed it for a four, through fine leg region.

Then Jayant Yadav was hit, for two consecutive fours in the 13th over. However in the 15th over, came the typical Gayle six, which was huge and gigantic. It was against, Jayant Yadav on the second ball of the 15th over. Yadav, did the terrible mistake of bowling right under the eyes of Chris Gayle and into the hitting slot of him.

Gayle was, not going to miss out on that as he, just hit the ball through the line for a massive six, that went over long on. The shot was so huge that both, KL Rahul and Jayant Yadav were surprised at the distance it travelled. Even, Rohit Sharma was almost shocked to see the hit.

Then Yadav came back to some extent, as the next four balls were dot deliveries. He also beat the bat of Chris Gayle, 3 times in the next four deliveries. Yadav finished, his economic quota of 4 overs by conceding just 20 runs, but without taking any wickets. A wicket or two, would have definitely helped the Mumbai Indians team, in taking the match a lot closer, than it actually watch.