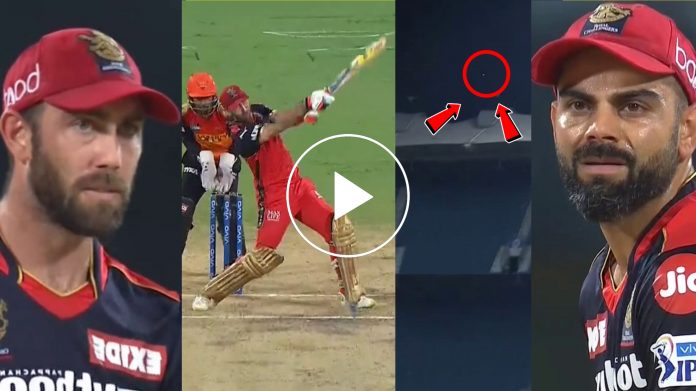 Glenn Maxwell is called as the big show by his fans. He can turn the match by his incredible hitting within moments. Also, his off spin and electric fielding makes him a sell out in T20 cricket. Already an established star in T20 cricket for Australia, Maxwell took IPL by storm in 2014 for Punjab. he single handedly took Punjab franchise to the IPL final, which coincidentally remains their only trip to finals.

However, after that, his form tapered off in the IPL after the break out season of 2014. Despite being given repeated chances until last year, Maxwell could not replicate his form. Hence, he was released by Punjab Kings.

Royal Challengers then brought him at a record price of 14 crores in this edition of IPL. He was brought in for his immense power hitting in the middle and slog overs. Accordingly, in the second match, Maxwell showed that the team management of Bangalore has not made a mistake in buying him at a huge price.

22 runs by Maxwell and Kohli!

Maxwell smashed Shahbaz Nadeem for 2 huge sixes in a 22 runs over and put Bangalore back on track. It was the 11th over of the innings and Bangalore were at a modest 63 for 2 after 10 overs.

The first ball was just marginally short. Hence, Maxwell rocked back and pulled it over for a massive six. On the second ball, it was a bit wider delivery. Maxwell used his long reach and powered it through covers for a four.

Third ball of the over was again a short and again Maxwell jumped on the backfoot and hoicked it for a maximum over mid wicket. It was the best of Glenn Maxwell.

The over was not done yet. A single came on the next ball. Virat Kohli too showed his hitting range on the next ball as he came down the track and hit Nadeem over his head for a four. Another single on the last ball meant that it was a 22 runs over by Nadeem.

In just one over, the run rate had gone from almost 6 to close to 8. All this due to one man only, Glenn Maxwell.