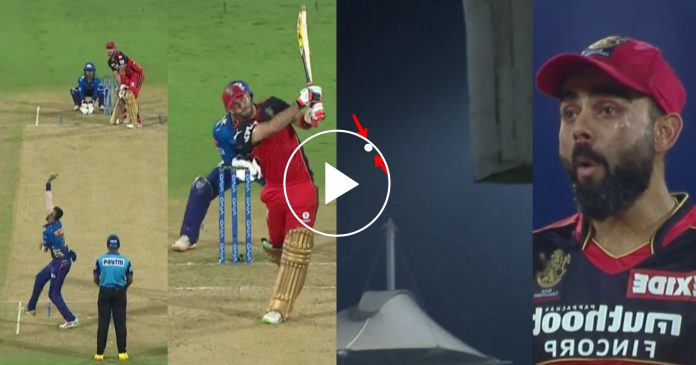 Glenn Maxwell made his debut for Royal Challengers Bangalore in the fourteenth season of Indian Premier League. This is Maxwell’s third franchise after Mumbai Indians and Kings Eleven Punjab. In the last season of IPL, Maxwell struggled at the tournament like a club level cricketer.

Playing for Punjab, he could only muster runs at a strike rate of 108 and a pathetic average of 17. No wonder, he was dropped by Punjab. Although, this did not deter his IPL fortune. The Royal Challengers Bangalore in this edition, broke the banks for his inclusion. He was brought in for a record sum of 14.25cr.

The logic behind this was that Maxwell has that X Factor. He would help Kohli and ABD free up and they would be under less pressure to make consistent and quick runs. The Royal Challengers management said these words when asked about why Maxwell was included at such a high price despite being a flop at IPL in many seasons running.

Naturally, all eyes were on Maxwell when he came to bat at number 4 for Royal Challengers. Alongside Kohli, he combined to form a partnership of 52 that made RCB favorites in the game. In just his first game for the franchise, he put to rest many apprehensions about him.

This time, Maxwell is here to stay and make runs like only he can. All those switch hits, reverse swats and sweeps were in action as Maxi was in full flow. The first sign of it came when Krunal Pandya came to bowl.

It was the 11th over of the innings and Maxwell was well set. On the very first ball, Maxwell charged down the track and absolutely belted the ball. Such powerful was the stroke that the ball kept flying over long on. It hit the roof at long on, bounced twice and then went outside the ground!

Such humungous was the shot that even Virat Kohli was impressed with that. He quickly gestured that with his eyes wide open and a look of disbelief on his face.

It was the same Maxwell that could not hit a single six in entire season of 2020 for Kings Eleven Punjab. This time, a six came from his bat in the first game itself. This, also could be a warning signs to other teams.

Watch: Shafali Verma Lights Up Hundred With An Unbeaten 76 off 42 Balls