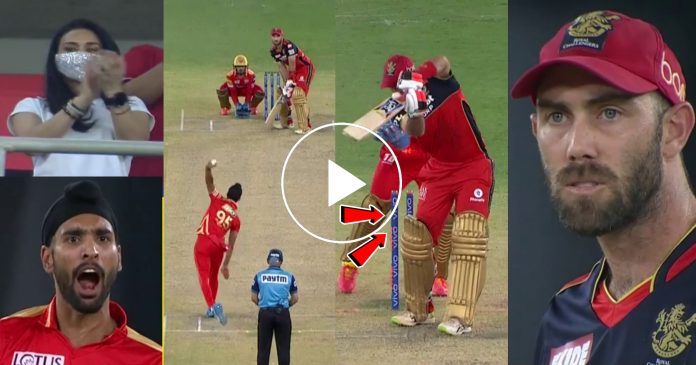 Punjab Kings have defeated Royal Challengers Bangalore by 34 runs. Chasing a target of 180 runs, Bangalore could only make 145 runs in their allotted 20 overs. None of the batsmen could score runs with aplomb. In the end, Harshal Patel played a little cameo of 31 runs in 13 balls. But by then, it was too late. 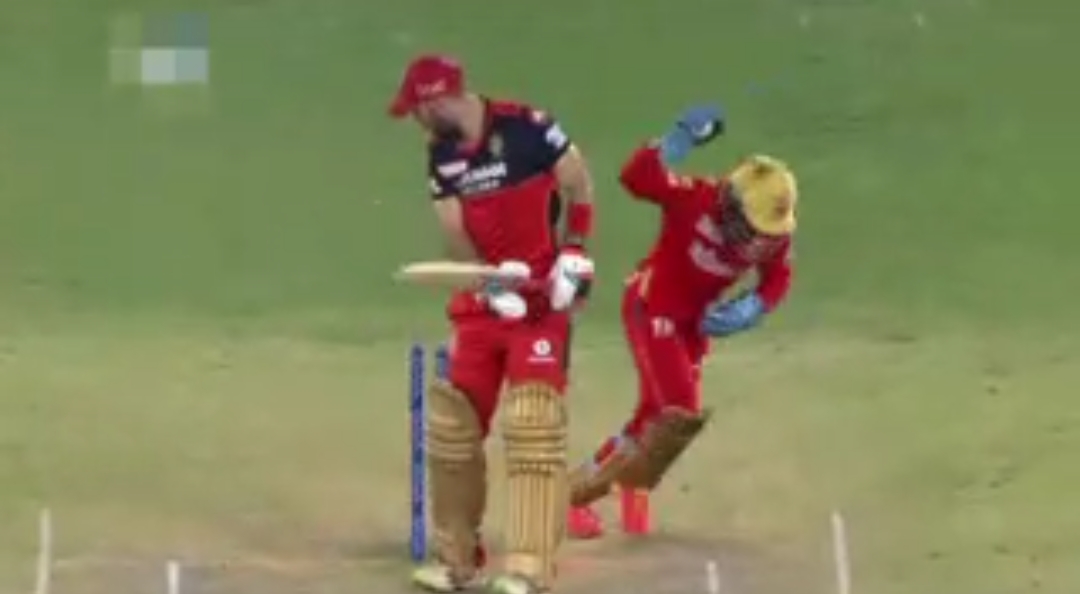 The top and middle order of RCB, failed miserably as they were left reeling at 96-7. The wrecker in chief of Bangalore was the left arm spinner, Harpreet Brar. He took three wickets in his four overs and gave just 19 runs. His figures for the match was 4-1-19-3. All the three wickets were the main wickets of Bangalore who were Virat Kohli, AB de Villiers and Glenn Maxwell.

Chasing the target of 180 runs, Bangalore required a good start from their openers. However the start from Bangalore, was just the opposite as Devdutt Padikkal was dismissed by Riley Meredith. He was bowled by Meredith in the 3rd over.

Then, Virat Kohli and Rajat Patidar added 43 runs for 2nd wicket. But, it was a slow partnership. They took 46 balls to add 43 runs as the pressure increased on Bangalore. Then in the eleventh over, Bangalore had a double whammy.

First, Virat Kohli was cleaned up by Harpreet Brar. Then Glenn Maxwell came out to bat at number 4. This movement was very important for both the teams as RCB wanted a good innings from Maxwell because, the required run rate was getting close to 12 runs an over. Also, Maxwell was playing against his former team with whom he was associated with close to seven years but under performed in last 3-4 years.

But Maxwell was dismissed, on the very first ball. It was short of a length delivery  and was turning a bit. Maxwell tried to open the face of his bat and guide the ball to cover, but it turned more than he anticipated. Hence, the ball took the outside edge and went to the wicket keeper KL Rahul who made no mistake.

Maxwell was gone for a golden duck. At this time, Preity Zinta who was in the stands cheered loudly, as Maxwell was in his team for many years but could not perform the same way, as the management of Punjab wanted him to. This is the reason, he was left out of the Punjab team this year.